Kode9 & The Spaceape to collaborate again 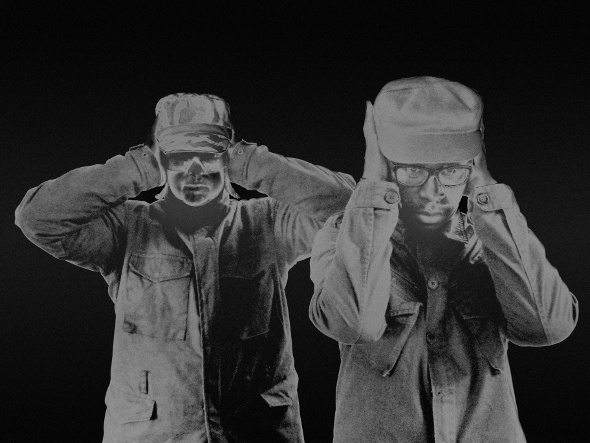 The croaky vocals of The Spaceape have been a regular presence in Kode9’s music over the past decade and in between a string of Hyperdub releases the two have collaborated on two full length projects. The latest offering, the five-track Killing Season EP, is the pair’s first release of substance together since the Otherman 12″ which was released on Hyperdub in 2011, the same year as their Black Sun album. Hyperdub explains this new body of work expands on the the lyrical themes explored on The Spaceape’s 2012 Haitian inspired EP Xorcism, and a press release writes, “The emotional, spiritual and psychological effects of living with illness and the ‘unknown’ are dissected wryly, but often with unforgiving brutality in this new batch of songs.”

The label have also unveiled a video to go with the track “Devil is a Liar” which Hyperdub says, “spits in the eye of those who live in fear of ‘burning in hell. The greatest trick the Devil ever was convincing the world he didn’t exist.” Killing Season will be the first showing for both producers in 2014 and the EP provides a welcomed return for The Spaceape whose release’s have been few and far between since the turn of the decade. For a taste of what to expect you can watch the ritualistic video to the A2, “Devil is a Liar”, below.

Hyperdub will release Killing Season by Kode9 & The Spaceape across all formats on October 27.