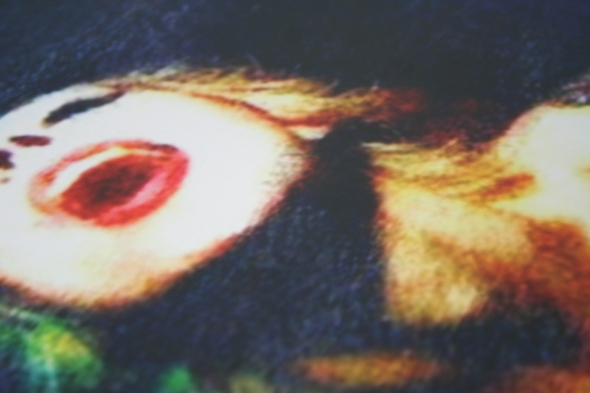 The bizarrely named Gut Nose is the latest unheralded artist to benefit from the platform Styles Upon Styles offer, and he’s the first to grace the label with a full artist album (there are 12 more LPs on the way if a testimonial on the Gut Nose bandcamp from SUS boss Phil Tortoroli is to be believed). There’s a clearly defined artistic vision this album, Filthy City, which you feel appealed to Styles upon Styles. Clear in the manner Gut Nose intends it to be heard as opposed to clarity of sound. This studied aesthetic and approach from the producer is nothing new either, even if it’s presented in a different manner here. 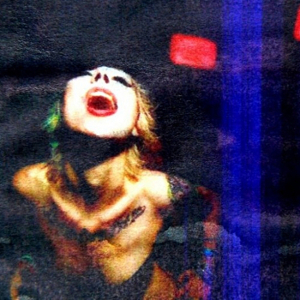 Last year Gut Nose self released Eat Biskit, a delightfully strange tape that arrived in carefully constructed packaging and accompanied by all manner of self made stickers. Having retrospectively purchased Eat Biskit after hearing about his signature to SUS, there are definite strains of sonic DNA shared between the eight short bursts of malfunctioning hip hop beats on that cassette and the opening half of music to Filthy City. Similarly, the 12” that Gut Nose debuted on Styles Upon Styles with offers some hint as to the route he takes on the second half of this album, sub-titled Filthnoid Mixx.

Being armed with this understanding of Gut Nose’s potential doesn’t really prepare for the ensuing ride the musician takes you once you press play on your iPod or start your turntable. A word of warning; by the time you read this review you may have some idea of the manner in which Filthy City unfolds, and that’s a shame as it probably stunts the sheer thrill of listening untainted by such knowledge.

Presented as two extended pieces, Filthy City feels much greater than the sum of its parts, as viscerally fulfilling as they are in the heat of the moment. Gut Nose’s skill can be traced as he weaves these various pieces into a satisfying whole, with the MPC his tool of choice, and personally I feel listening to these tracks in isolation (as you can choose the digital route) will never attain the same level of impact they have collectively over the 36-minute juggernaut of sonic unpredictability. On this album you can throw names around by way of comparison for both sides of Gut Nose’s split sonic personality. The A-side veers from extreme noise to dilapidated hip hop that’s reminiscent in tone to the early ‘90s urban paranoia of the Def Jux label (and its artists Company Flow and Cannibal Ox in particular) along with USSR Repertoire era DJ Vadim.

The breakneck assault through dirt encrusted techno within Filthnoid Mixx will draw easy comparisons to L.I.E.S. et al. but as a whole Filthy City brings to mind another mini-album of sorts that is a personal favourite: the Modern Malaise tape by Lily issued on the No Corner label earlier this year. Both these releases use the long form suite format to play around with musical ideas and representations of urban sprawl. However, whereas Modern Malaise was largely hopeful in tone despite its title, the more time you spend with Gut Nose’s Filthy City the more you feel seedy, degraded and in need of a long shower. It’s by no means a perfect album, but Filthy City is a confident debut that utilises an approach which really leaves its mark.

A1. Dreams & Visions
A2. Unknown Allure
A3. Teflon Love God
A4. Oblique Collusion
A5. New Medieval Times
A6. Morality Exodus
B1. Weeknight Shuttle Bus
B2. Hoax Pattern
B3. Unseen Force Manipulators
B4. Zone Elsewhere
B5. Corrosive