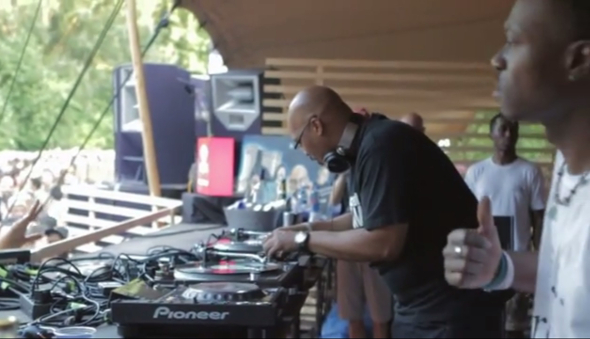 Watch The Godson roll through Amsterdam explaining the inspiration behind part two of his Vibes New & Rare Music compilation for Rush Hour.

Earlier this year Rush Hour dropped news of a second Vibes New & Rare Music compilation from The Godson Rick Wilhite, updating and expanding on the excellent 2010 release with the Detroit luminary handpicking cuts “not available anywhere else.” Whereas that inaugural compilation was focused squarely on a cross section of established and rising producers from Detroit, this second round sees Wilhite scoop up jams from New York and Chicago producers too.

Both the vinyl double packs for Vibes New & Rare Music 2 have already been issued by Rush Hour with a CD edition featuring all the tracks on the way, but before that the Amsterdam institution have put together a video interview with the man. Available to watch below, the brief video shows a touring Wilhite make his way to play this year’s Dekmantel festival as part of the Three Chairs with Moodymann, Theo Parrish and Marcellus Pittman (read our review) which sees a shuttled Wilhite narrate the concept of the release while wearing a t-shirt reading, ‘the devil lives in hell because he was kicked out of Detroit’.