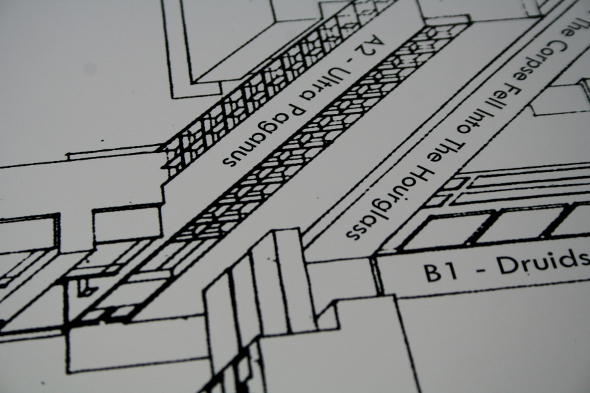 Lock up your virgin daughters and hide your household pets, the Pagan Sector duo is coming to steal your souls! This is a side project of one well-known European producer and a new artist whose star in the ascent. However, rather than daub themselves in woad and howl at the moon, these heathens prefer to reach altered states of consciousness by jamming on their machines until they have called up spectres of rave parties past. 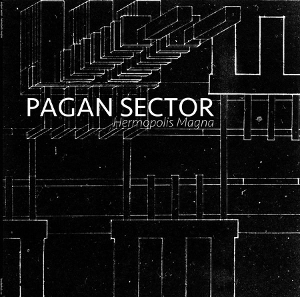 It all begins quite inauspiciously; “The Corpse Fell Into The Hourglass” could be a deep house record from the States; its mysterious vocals and hypnotic whistles disappearing into ethereal chords and pads. However, by the time that “Ultra Paganus” looms into earshot, the mood changes drastically. Temperatures drop and instead of the balmy surroundings of “The Corpse Fell Into The Hourglass”, the listener is transported to a fog-filled swamp. Twitchy, clicky beats provide the basis for a searing, soaring bassline and layer upon layer of spooky synths, ominous bird tweets and screeches and menacing, unidentifiable sounds emerging from beneath ground.

By contrast, “Druids 2 Frenzy” marks another shift. This time the magical pair move closer to ravey sounds with banging 90s techno drum patterns – the Force Inc variety rather than the loopy type – and a menacing organ riff at its centre and wild, disturbed vocal howls adding to the sonic maelstrom. Closing off the release is “Heathen Sentry”. Irrespective of your beliefs, this is a deeply, erm, spiritual affair, the mysterious synths and jazzy keys combined with fidgety percussion and broken drum patterns for the most unusual track in a release that defies convention.

Instead of getting obsessed with making crossover concept albums or pretending to relive a punk past they were too young to experience first time ground, it would be great to see other producer super-groups embracing this kind of magic and mystery.

A1. The Corpse Fell Into The Hourglass
A2. Ultra Paganus
B1. Druids 2 Frenzy
B2. Midi Cauldron