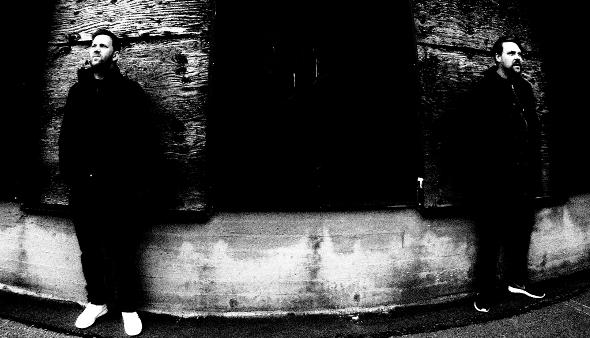 It’s been pretty quiet on the Fishermen front since late last year when Jadelmark and Skogehall added to a clutch of 12″ releases for Kontra-Musik and Skudge White with Patterns & Paths, their impressive debut album for the latter offshoot Skudge Records. The 12-track set took the maritime themes and slower pace of techno defining the Fishermen sound and added extra weight to it for one of last year’s most under-rated techno long players.

Having recently contributed a Fishermen production to the Spänningen Band 1 cassette compilation from the YTA Recordings label, it’s been revealed Jadelmark and Skogehall will return with a more comprehensive release inaugurating an intriguing new label. Taking the name of Swedish Electronic Liberation Front, the new operation arrives with the fairly bold conceptual statement, posted on its stripped down website:

“Can you feel it? Time moving faster and faster. “The next thing” is always more appealing than what you’re holding in your hands right now. But is it better? Well, perhaps. Perhaps not. At this pace, can you really tell?

So. Just like Magritte’s pipe wasn’t a pipe, this is not a record. This is an invitation. An embracement. You see, this round disc may be white, but it is not empty. It is filled with our creativity. Our time. And now we would like you to fill this plain, white sleeve with your creativity and your time. We want you to share this with us. To be a part of this release. To be apart of our SELF.

We are the Swedish Electronic Liberation Front.We don’t have customers. We don’t have followers.We only have members.

And you’re invited to join us.”

The Fishermen will open proceedings on S.E.L.F. with a four-track 12″ of smudgey electro and techno due next month, with a preview available to stream below. A post on Andreas Tilliander’s facebook page indicates the ridiculously prolific artist is also set to participate at some point in the future. As the above statement suggests, S.E.L.F. are encouraging some level of artistic participation on the part of the individuals who indulge in their releases and Skogehall has already submitted his to the website.

The Swedish Electronic Liberation Front will release SELF #01 by Fishermen in October. 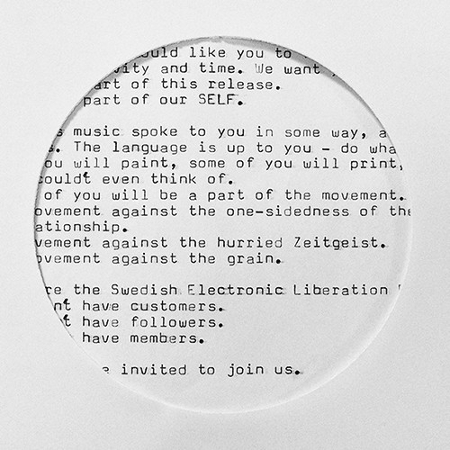 A1. Psyko Bath (Club Mix)
A2. Dead Skateboarders
B1. Caveman Islands
B2. Feist