Austin Cesear travels to the West Side 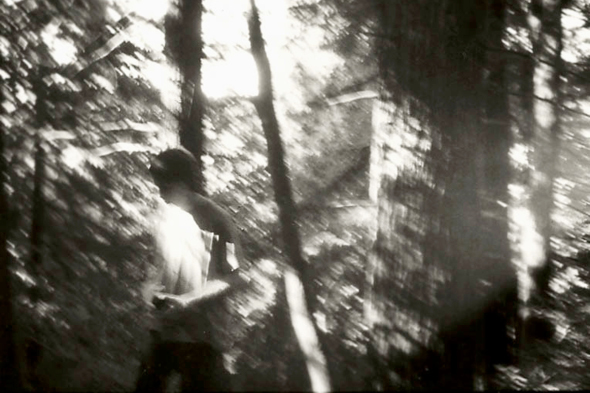 The San Francisco-based producer will return to Public Information with a six-track mini LP later this month.

The San Francisco-based Austin Cesear first emerged back in 2012 on the UK-based Public Information label with debut LP Cruise Forever, and in his review at this site, Scott Wilson wrote that “Cesear’s uniquely paranoid vision of a blasted American landscape is bleak, yes, but soporifically beautiful nonetheless.” Since then Cesear has brought his sepia-toned brand of house and ambient music to Anthony Naples’ Proibito label, and collaborated on a cassette release with Stefan Jós for Opal Tapes earlier this year.

With Cruise Forever scoring a place in our list of 2012’s best albums, news of the producer’s return to the label with a six-track mini LP comes as very exciting news indeed. Entitled West Side, the record is said by the label to be heavily inspired by his experiences in Oakland Port, CA and the sounds of its cranes, containers, motors and gulls, translated into “twitchy techno” and machine rhythms. Those looking for a taste of West Side ahead of its release later this month can watch Paul Clipson’s video for “La Paloma” below. Filmed entirely in San Francisco on 16mm film, all the layering and effects were done in-camera, and synchronise impressively with Cesear’s warm, dubby vision of electronic music.

Public Information will release West Side on LP and digital formats on September 29.