Playing the Endgame with Ital 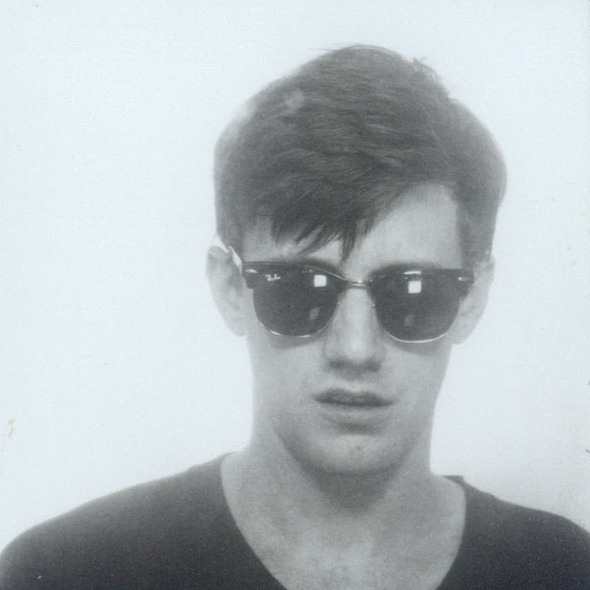 With his new album Endgame dropping this week, we catch up with Ital to discuss it, alongside an exclusive stream of LP track “Whispers In The Dark”.

When we spoke to Daniel Martin-McCormick in December last year to accompany the excellent podcast he mixed, the Brooklyn-based artist had just wrapped up what was an impressive 12 months. A debut on Workshop, committing some Interplanetary Prophets material with Jamal Moss to wax for Planet Mu and the successful relaunch of his Lovers Rock label were the notable highlights, but Martin-McCormick also noted a “subtle but significant shift in musical thinking” informed by his embrace of hardware and some inspirational performances from his peers.

Both these are fully evident on Endgame, his third album for Planet Mu which dropped this week and is perhaps Martin-McCormick’s most confident body of work yet. The below stream of “Whispers In The Dark” should offer a hint of the sound Ital is exploring on Endgame, a cascading journey through the reverberant textures of dubby techno whose emotive impact is fully felt by the time the track reaches its end. The album comes after a lengthy summer tour of Europe, and having had the chance to catch Ital perform at Plastic People, it’s clear this understated confidence runs through everything Martin-McCormick is doing at the moment.

With a new Lovers Rock release on the horizon too, we caught up with Martin-McCormick to discuss the interesting methods and motivations behind Endgame, his experiences of working with Mike Paradinas and Aurora Halal and the general state of New York’s underground at the moment.

Endgame feels like a break from your previous albums, a sound that started with your Workshop 12″. Your samples are much less recognisable, and your sound feels darker, dubbier and more hypnotic. What prompted this shift?

I started Ital with no expectations, and I think the early Silk 12”s conveyed the excitement I felt hijacking this genre that, until then, I had admired from afar. But once I got in there, I realized how much more could be done. In the live sets, I was already pushing things into these heavy, blown out, more free-jazz inspired versions of the recordings, and when I got home from a year of touring in 2012, I knew I had to bring that energy into the studio.

That December, I moved into this freezing cold loft with panoramic views of Manhattan. There was no heat and I was relatively isolated from a lot of my friends. The place had almost no lights at night except for the city skyline. My world had changed a lot since I started making tracks, and the feeling in BK had gotten kinda intense, more competitive. I hadn’t written much on hardware yet, but I had been using it live and liked the immediacy of it… I could feel the music coming just around the bend. So I pretty much shut out the world and started the whole project over from scratch. That’s how the Workshop 12” happened, as well as a big chunk of the material that ended up on the Interplanetary Prophets 12”, my spring 2013 live sets, the tracks on my Boiler Room… tons of stuff from that year came from that winter.

The album happened almost the same way.. This time I wasn’t living in the loft, but it was a freezing winter once again and I felt like I hardly saw anyone except Aurora and our roommates. Work on the album began slowly, and then after a few false starts, I made “Beacon” and suddenly I knew I had turned a corner. Even before I wrote the actual songs, I was living inside the album. The ideas and textures and emotions were just floating around me at all times and all I had to do was focus and they would come to life. It was incredible.

It feels like your work in the past few years has been drawing from a much different set of influences as your early work on 100% Silk and your 2012 release on Planet Mu. Have your listening habits changed, and if so what kind of stuff do you find yourself drawing on now?

The only thing I’m drawing on is myself; the only rule when I was making the record is that I had to be obsessed with the sounds… when I pressed play on the machines, I had to feel immediately transported. My listening habits have perhaps changed some, although there’s some records I bought ten years ago that are still in very heavy rotation. But, if anything, I wanted to bypass influence on this record. I think astute listeners can pick out a few key artists that affected some of the tracks, and I’m not ashamed of that… the end result my own.

I will say that I saw two amazing artists – Function and DJ Sprinkles – perform live right before I went into the studio, and they definitely made a mark through the power and emotion conveyed through their sets. Both destroyed the club, yet never felt confined by club functionality. I think a part of me had been subconsciously skeptical of techno’s big room machinations, after seeing lots of these more famous guys on the festival circuit. But the depth of their vision left me feeling changed, it was like a gauntlet had been thrown down.

It’s an album that feels spontaneous in a similar way to your live hardware sets. How much of your experience playing to different club environments have you brought to Endgame?

Having a residency at Bossa Nova Civic Club in BK has been huge. Before then, I would DJ for fun, but was never so serious about it. After things got going there, I became obsessed with DJing and it absolutely changed the way I produce.

A lot of the modern conversation about music is missing the point. People talk about hardware vs software, or underground vs club, or all these false divisions. The more I DJ’d, the more I began to see the thread that ran through music which fascinated me, and it has nothing to do with the amount of tape hiss on a track or the means of production. All those things are peripheral to the clarity of the emotions in the music.

Another thing… when I’m at the store sifting through a stack of records, maybe everyone does it this way, but I listen only to very brief snippets of each track before deciding. It’s kind a Moment Form way of checking out music, but the tracks I love seem to hold all the crucial information about their character in any tiny moment.. everything about them flows and the music leaps out at you. I wanted this for myself on Endgame, that you should immediately feel the energy of track from the moment it starts.

You’ve been producing with Aurora Halal recently. How would you say that dynamic has influenced your solo work?

It’s great. We’re kind of a braintrust, We talk about everything all the time and it keeps us both on our toes. We wrapped The Day After right before I started on the album in earnest, and I think the energy and focus of that EP really pushed me to step up every aspect of the album.

Endgame is your third album with Planet Mu. What’s it been like working with Mike Paradinas and how much input does he have in your albums?

Mike offers just enough feedback to help keep things moving forward, but he doesn’t ask for anything in particular genre-wise. He sits back and lets the music come in. At one point, I thought I was finished, but he pressed me for two or three extra tracks. I was a little annoyed a first, but the two that made it really rounded off the album.

The sequencing was something we went in on together. We battled it out for a while, but at one point after a few weeks of back and forth and lots of long emails on my part, I sent one change (with multi-paragraph notes) too many and he just replied “I’ve been compiling albums for 21 years.” I listened back to his order and it all came together suddenly. We went with that one and I love it.

New York changes every season.. I’ve only lived here four years and already seen so many people come and go, so many styles bloom and then get exported to the EU… At the moment the underground is in flux. The best DIY clubs have been shut down, so most of the time your options for a set are either some barely-functioning shithole or a big corporate club, which can be frustrating. But some of the musicians are amazing of course. Bossa is a lifesaver, a true artistic hub. I gotta say though, I love living here, the city brings out a lot of startling emotions in people’s music, and New Yorkers are the best.

Your Lovers Rock label has been really impressive this year as well, and the Earthen Sea record and stuff you released with Aurora Halal seem very tied into your own sound. Can you describe the overall direction you’re trying to take the label or are you just taking things as they come?

Lovers Rock is focused on a small group of friends, which is slowly expanding one artist at a time. The direction is heavyweight, always, with one eye on the club. The music has to be spiritual or it’s not really worth my time or anyone else’s. The next record we’ve got is a four-way split 12” between Earthen Sea, Damon Eliza Palermo, newcomer DJ Wey and myself. After that, there’s a bunch of possibilities but I’m taking my time. Everyone’s in such a rush these days, with the label I’m not rushing anyone. I’m fine doing two to four records a year and loving each of them, I’m not trying to take over the world or anything.

Endgame by Ital is out now on Planet Mu.