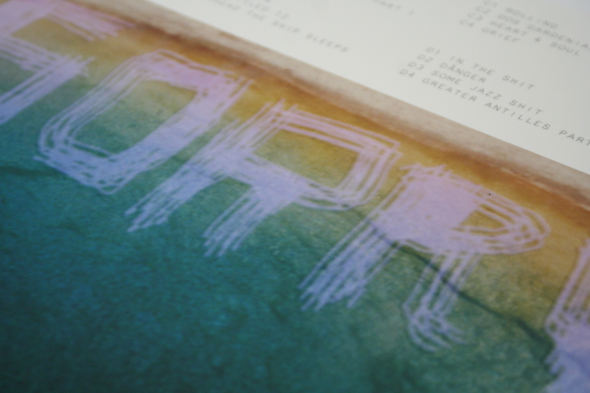 Drew Lustman has always seemed like a man blessed with more musical ideas than he knows what to do with. A cursory trawl through the now sprawling FaltyDL discography seems to confirm this assumption. After starting life making skittish, off-kilter bass music informed by jungle, garage and early British rave music, Lustman settled on a style that delighted in confounding expectations. His first two albums, both released on Mike Paradinas’ Planet Mu imprint, were particularly thrilling, offering vivacious, often kaleidoscopic blends of styles shot through with a rush-inducing dedication to dancefloor release. 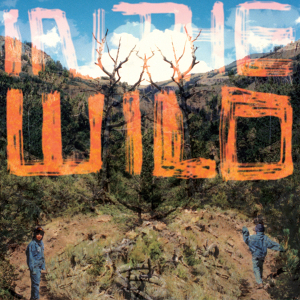 Impeccably produced, Love Is a Liability and, in particular, You Stand Uncertain, both packed more ideas into each four-minute workout than seemed humanly possible. While the results were occasionally a little too bold and daring, for the most part they were brilliantly on-point. The same could be said about 2012’s Hardcourage, Lustman’s full-length debut for Ninja Tune. Despite feeling similarly schizophrenic as his previous material – jazz, garage, post-dubstep, synth-pop, house, African rhythms, footwork, jungle, IDM and ambient were all thrown into the melting pot and twisted into fascinating new shapes – Hardcourage had a pleasingly soft centre, with a little more focus on song structure. While lacking the coursing, rush-inducing feel of his earlier material, it amply demonstrated Lustman’s maturing as a producer. It was imaginative, all right, but a little more considered. Gone were the days of wild abandon; instead, he was making music that excited headphone-clad home listeners as much as sweaty, glassy-eyed ravers.

In The Wild, Lustman’s fourth full length, continues this trend. While the customary hectic dancefloor rhythms are still present – check the slack-tuned pitched-down jungle drums of the twinkling “Heart & Soul” (whose easy listening vocal sample drifts attractively across Lustman’s booming rhythm), or the 150 BPM throb of the guttural “Do Me” – they’re contrasted with a greater range of downtempo excursions. As a result, In The Wild feels more widescreen and cinematic in its’ approach, while retaining an attractive intimacy.

Arguably, it’s the more laidback moments that define the album. The opening track, “Aqui, Port Lligat” – named after the small Catalan fishing village which Salvador Dali called home – is simply stunning; 90 seconds of dreamy, sun-kissed ambience, whose swelling chords and glistening electronics mirror the bobbing of small fishing boats in the village’s intimate bay. “Untitled 12”, with its’ lazy chords, tumbling bass, distant vocal samples and swirling tune-up atmospherics, is equally as intoxicating. The same could be said about a clutch of ambient interludes – the delightful, tropical tinged “Greater Antilles, Part 1” and “Part 2” spring to mind – and the heady “Ahead The Ship Sleeps”. This beautiful concoction bubbles along on slackened hip-hop tempo breakbeats, but its’ the sun-bright synth melodies and impeccable piano flourishes that really catch the ear. Check out, too, the cascading space synths, jazz rhythms, flamenco guitars and harmoniums of “Des Gardenias”, which impresses with its’ curious combinations and frequent stylistic shifts (a staple of Lustman’s production over the years).

Amidst these thrilling highlights, the more uptempo material largely feels a little lost. While there are exceptions – see the picturesque melodies, immersive chords and fuzzy synthesizers of the off-kilter deep jazz-house trip “Some Jazz Shit” – for the most part the album’s more dancefloor-centric experiments seem a little forced and lacking in balance. It’s a surprise, given Lustman’s track record, but maybe he would have been better served by indulging his downtempo instincts a little more.

That said, In The Wild is still a fine album, if one that plays around with pace a little too much. That’s the problem with having as many ideas and inspirations as Lustman does; squeezing them all into a coherent whole is tricky, to say the least. While In The Wild largely does a good job in this regard, with a little more thought it could have been stunning. As it is, it’s merely very impressive.