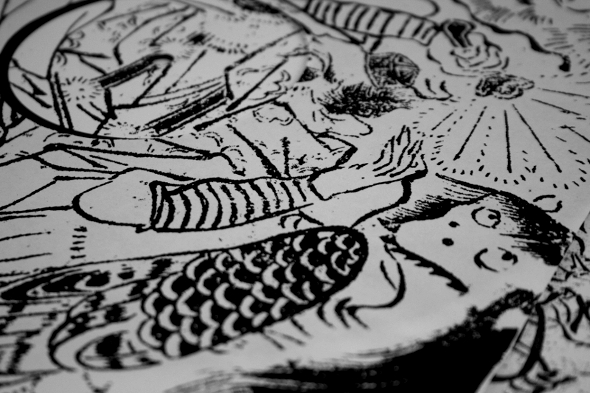 Two essential drops from The Trilogy Tapes, techno from Perc & Truss and the excellent debut album from FKA Twigs were among the best records this week. 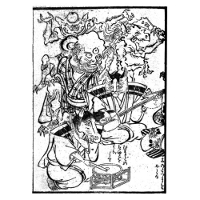 Of all the enigmatic artists Will Bankhead has collected on The Trilogy Tapes so far, Rezzett must be the most compelling. Now known to be a duo thanks to a few recent live performances, Rezzett emerged with the Firebomb 12″ on Bankhead’s label last year, brandishing a sound so lo-fi it sounded like techno being played through blown-out bassbins. The Zootie 12″ – whose hand-stamped art must be some of the label’s most alluring to date – is even better, featuring a title track whose combination of slate grey ambient and blasted jungle gives Stott and Whittaker’s Millie & Andrea project a run for its money, and a “Yavas mix,” reducing the original rhythm to its barest skeleton. If you buy only one record from The Trilogy Tapes this year, we’d recommend you make it Zootie.
Listen/buy vinyl 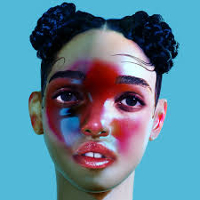 While SOPHIE’s second single for Numbers continues to divide opinion in the world of experimental pop, FKA Twigs shows herself to be the real deal on her debut album for Young Turks. Listened to without any preconception or prejudice, it’s hard not to be impressed with her contemporary take on R&B; featuring a similar sparseness to the debut album of The xx, LP1 is nevertheless shot through with a surreal edge that brings to mind the music of Kate Bush and Julee Cruise. Put quite simply, LP1 is one of those occasions where the hype feels completely justified.
Listen/buy vinyl 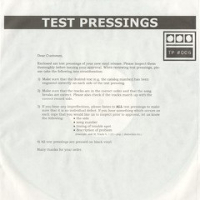 Demdike Stare deliver their sixth Testpressing record, and on the basis of these two new tracks it’ll be a while before the Modern Love pair run out of ideas. “40 Years Under The Cosh” sees them create another mutant grime track in a similar vein to last month’s “Procrastination”, throwing tightly wound 8 bar rhythms into a maelstrom of jacked-up noise fuzz. On the flip, “Frontin'” is probably one of the duo’s oddest tracks, slicing up overdriven fuzz and bolting it onto a lumbering beat and sonorous bassline. It’s the duo’s ability to hit that sweet spot between extreme sounds and club music that ensures the Testpressing series consistently delivers, and these are some of their most imaginative dancefloor deviations yet.
Listen/buy vinyl 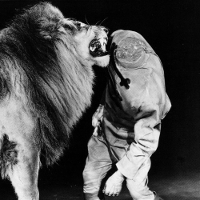 Last year’s El Portal EP still remains one of our favourite Anthony Naples records, so his return to The Trilogy Tapes with Zipacón has been eagerly awaited. The repetition of the lion theme on the cover of this record suggests a thematic link with that previous EP, and that seems true to a certain extent – opening track “Perro” feels very much like a companion piece to last year’s “Busy Signal”. However, the three accompanying tracks show Naples has plenty of new ideas, from the strangely subdued electro of the title track through the all-out Head High style banger “More Problem” and scrambled house of “Crazy Spirit”.
Listen/buy vinyl

FaltyDL – In The Wild (Ninja Tune) 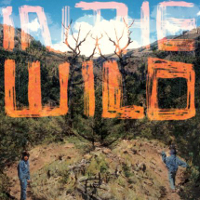 In The Wild is Drew Lustman’s fourth album of a prolific seven-year career as FaltyDL. Though difficult to say if it’s his best, we can certainly say it’s his most challenging body of tracks. While the Hardcourage album, released at the beginning of last year, felt like a breezy, optimistic trip through garage and boogie, In The Wild feels considerably darker in tone. Lustman’s delicate way with rhythm and melody is still present, but there’s a spaciousness here draped in shadow, especially on tracks like “Greater Antilles (part 1)” and “New Haven”. The mournful jazz textures of “Roliing” and “Heart & Soul” meanwhile offer some of his emotive material to date. It won’t be for everyone, but it’s hard not to be drawn into Lustman’s sonic universe.
Listen/buy vinyl 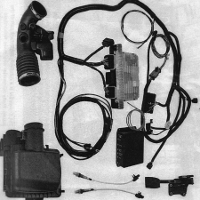 Shifted has been slowly moving towards the US noise scene in recent years, both in terms of his own sound and the labels he releases on. Last year’s Under A Single Banner album was released on noise titan Dominick Fernow’s Bed of Nails label, and now the relationship between the two men has delivered this vinyl reissue of Auto Body, a cassette from Matthew Folden’s Dual Action project originally released on cassette on Fernow’s Hospital Productions label in 2012. Certainly the most explicitly noise-based record to come out on Avian, only opening track “Body Automatic” offers the kind of rhythms you’d expect from techno, with the rest of the tracks being made up of brooding drones and pulsating power electronics.
Listen/buy vinyl 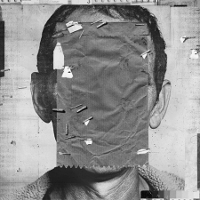 Having first teamed up on the Perc Trax Ltd label last year with the Spiker 12″, offering the kind of techno ripe for London’s fast and hard approach to techno, the pair return with four more tracks of mangled acid, grotty kicks and ear-splitting percussion. The duo don’t deviate much from their previous material on Two Hundred, but the tracks here still pack a punch, especially “Forever Your Girl”, which sounds like Truss’ MPIA3 alias gone rave, and “Van Der Valk”, whose frazzled offbeat rhythm comes with some satisfyingly angular dub chords.
Listen/buy vinyl 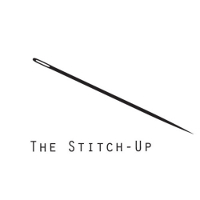 We can’t say for sure who’s behind this one-sided 12″, but we do know that Objekt played it during his recent Freerotation set and that its pummeling kicks have all the hallmarks of his diamond cut drums. However, something about the melody and texture suggests the involvement of someone else as well, and coupled with the suggestive name, The Stitch-Up makes a ripe subject for some techno detective work. Of course the music is what’s important here, and it might be one of the techno tracks of the year. Combining strobing percussive blasts and a pulsing bassline with the kind of mellifluous melody that bring to mind Donato Dozzy, it shows that techno doesn’t have to come bathed in distortion to hit hard.
Listen/buy vinyl 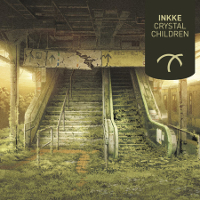 Much like the recent record from Finn, which offered an interesting slant on the grime template by stitching together some expertly cut up pieces of R&B, Inkke’s debut for the label does equally unexpected things with the genre. Each of the six tracks on Crystal Children adhere to most of the sonic expectations of grime, but structurally there’s something much freer about Inkke’s approach; “Lego Riddim” juxtaposes punishing bass with the sweetest of synth melody, “Daisy Chain” sounds like it could be a tune from a Final Fantasy style RPG, and “Thinkk Star” combines the rhythms of grime with disconcertingly inverted melodies. Local Action is definitely having a bit of a moment right now, and it’s a commitment to uncovering stuff like this that’s got something to do with it.
Listen/buy vinyl

Mutsumi – Look Down At Your Feet Below (Running Back) 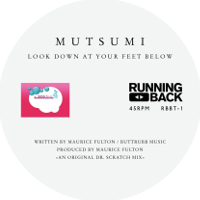 One of the highlights of this year’s Dekmantel Festival for certain members of the Juno Plus team was Jameszoo’s set, during which he dropped the A-side of this brilliant record. Continuing the relationship between Running Back and Maurice Fulton’s Bubbletease Communications started last year with the release of the Syclops album A Blink Of A Eye, the record is a joint release between the two labels, and features two killer tracks produced by Fulton and featuring the wild vocals of Mutsumi, the artist formerly known as MU. The label’s description of these productions as “hard-hittin-freak-out dance tracks” is about as apt as we could come up with, and those looking for the perfect blend of Fulton’s squelchy acid instrumentation and Mutsumi’s wild vocals are advised to check this post-haste.
Listen/buy vinyl