Severed Heads – Since The Accident 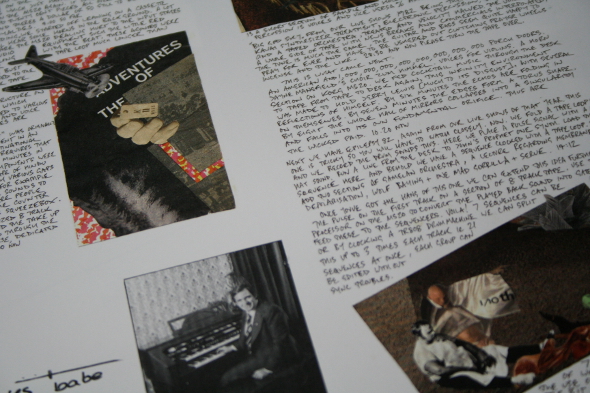 It would be fair to say that Severed Heads are well-regarded in electronic circles, though there’s an argument to suggest that their back catalogue – particularly their pioneering work in the late ‘70s and early 1980s – is nowhere near as celebrated as many of their better-known contemporaries. This is something of a shame, because this early work – specifically those albums recorded between 1979 and 1985 – still sounds surprisingly fresh. Certainly, it stands up to comparison with the work of similarly minded acts of the period, from Chris & Cosey and Throbbing Gristle, to Coil, Nitzer Ebb and, most potently, Cabaret Voltaire.

Comparisons with the Cabs are understandable, given their career trajectory. On their formation in 1979, when Tom Ellard joined Mr & Mrs No Smoking Sign’s Richard Fielding and Andrew Wright, they shared a similar desire to “piss people off” as their Sheffield contemporaries. Their working method – combining tape loops with discordant electronics, distorted guitars and fuzzy synthesizers – was surprisingly similar to that of Richard H Kirk, Chris Watson and Stephen Mallinder. And like the Cabs, they went through numerous line-up changes, with the departure of founding members Wright and Fielding (in 1979 and ’81 respectively) signaling a change to a more accessible – if still refreshingly out-there and experimental – sound. 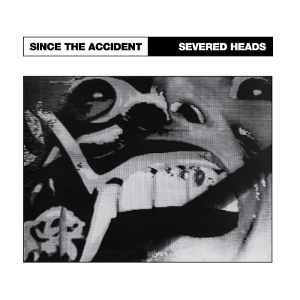 In the case of Cabaret Voltaire, it was 1983’s The Crackdown and 1984’s Micro-phonies that signaled a stylistic shift towards a sound inspired just as much by off-kilter synth-pop and the rhythmic potential of drum machines as fuzzy, cutting-edge electronics. For Severed Heads, the shift also came in 1983, with the release of their fourth album proper, Since The Accident. Recorded by Ellard and Gary Bradbury, with additional contributions from video artist Stephen Jones (another link with the Cabs; Kirk and Mallinder were also obsessed with the potential of video), it infused their curious tape loops and industrial noises with clanking drum machine rhythms, surging EBM grooves, and darting synthesizer melodies. Since The Accident was also something of a commercial breakthrough for the Australian band, and spawned a surprise hit single, “Dead Eyes Opened” (arguably still their best-known record, alongside 1988’s piano-heavy club slammer “Greater Reward”).

Given the album’s importance in the band’s history, it’s nice to see Medical Records giving it the reissue treatment. From a crate-digger’s point of view, they’ve done a good job, with the album being pressed to 180-gram “bone-white” vinyl and a new insert put together by the effervescent – and still militant – Ellard. Really, though, it’s the quality of music that makes Since The Accident an essential purchase.

Opening with the tape-loop collage “A Relic of the Empire” – think the Beatles’ “Revolution Number 9” condensed into a minute – the album offers surprises and curious turns throughout it’s 45-minute duration. Mangled, mutilated samples of choral singers are twice used as bizarre but inspired hooks; first on the fizzing electronic rhythms and weary melodies of “A Million Angels”, and later on the inspired “Brasserie, In Rome” – an eight-minute beatless exploration of the potential of backwards loops nad crusty ambience.

There are murky, distorted trips into nightmarish industrial territory – see the maudlin pulse of “Houses Still Standing” and the intense weirdness of “Golden Boy” – and dubbed-out, low-slung moments of skewed post-punk electronica (“Godsong” and the sample-heavy “Epilepsy ‘82”). Then there are moments that defy easy categorization, such as the extreme tape manipulation and hypnotic loops of “Gashing The Old Mae West”.

Yet for all the leftfield experimentation, Since The Accident is also blessed with a couple of moments of sublime clarity. Aside from the aforementioned “Dead Eyes Opened” – whose curious spoken vocal seems to be at odds with the beautiful simplicity of its’ bubbling synthesizer melodies, dreamy chords and snappy EBM rhythms – the most startling example is “Exploring The Secrets of Deaf Mutes”. Its’ druggy, chugging synthesized rhythm is lifted by the use of glistening guitars, impassioned vocal snippets and all manner of eccentric samples. It’s the most obviously Cabaret Voltaire-like track on the album, but could also be likened to Factory Records acts such as Section 25 and The Durutti Column; certainly, it has a strange beauty, despite its occasionally cluttered production.

It’s this juxtaposition between experimental recording techniques, militant experimentalism, grumpy industrial rhythms and ice-white beauty that makes Since The Accident one of Severed Heads’ finest moments. It marked a distinct change in their approach, fixing their past to their future. Arguably, they were never the same again.