Premiere: Listen to Ketev’s Singular Stare on Where To Now? 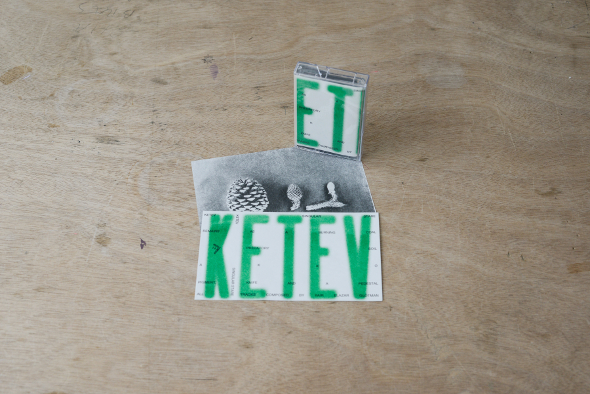 Stream the forthcoming cassette from the Berlin-based exponent of dark experimental sounds on UK label Where To Now?.

One of several contemporary producers working at the intersection of noise, techno and drone, Berlin-based producer Ketev made his debut earlier this year with an eponymous seven-track cassette. Although the world certainly isn’t short of similar artists at the moment, the music of Ketev stood out thanks to the artist’s use of dense yet delicate textures among the glacial rhythms, jet black atmosphere and haunting traces of melody. The accomplished result was something as meditative as it was challenging.

Next week Ketev will issue his second release through Where To Now?, the UK label responsible for great records from similarly minded artists WANDA GROUP, Helm, D. Hansen and Ondness. Entitled Singular Stare, the cassette is available to stream below in its entirety, and sees Ketev allowing his ideas to breathe across four long tracks covering 36 minutes. While still very much in the vein of his debut, there’s something arguably more accomplished about Singular Stare. Reminiscent of both the crushing experimental techno of Emptyset and Peder Mannerfelt and the early work of Emeralds on “Predatory Soil”, Ketev nevertheless creates something uniquely alluring and immersive.

Singular Stare can be pre-ordered now through the label’s Bandcamp store, together with the recently announced cassette from December.