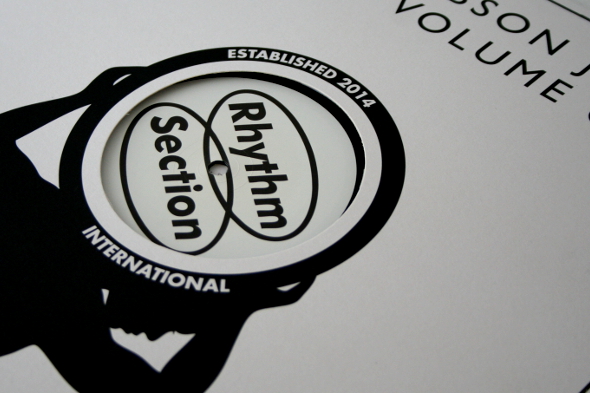 In this cynical age where nobody anywhere does anything new, ‘Successful club night launches record label’ is one of many well-worn narratives in music. However, there is plenty that’s compelling about this debut release from Bradley Zero’s Rhythm Section International. He may well be best known as one of the faces of Boiler Room, or a reluctant figurehead for lazy press features on the Peckham Is The New Cool campaign, but strip this away and you’ll come face to face with someone who possesses a real undying passion for music. 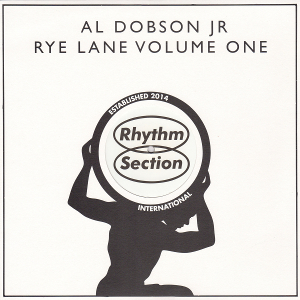 It was evident to this writer when we shared DJing duties a few years ago on a Sunday evening at Camden’s Lock Tavern for a Seams gig, with Zero manfully overcoming the issues associated with poorly maintained Technics to lay down a selection of diverse, dusty records that still have me pondering IDs to this day. This passion for music; digging it, playing it, promoting it, dancing to it, has been crucial to the success of his party in a pool hall, as has the desire to build and cultivate a communal vibe.

This musical passion and community spirit seeps into and spills through Rhythm Section International’s debut release from Al Dobson Jr, a Peckham-based producer whose Rye Lane Volume One is one of the most rewarding collection of tracks in recent memory. Upon first listen, comparisons with the excellent self-titled debut album from Mo Kolours are easy to make and hard to resist, especially as Al Dobson Jr and Joseph Deenmamode both form part of the same nebulous South London collective of DJs and musicians alongside the likes of Tenderlonious and Reginald Omas Mamode IV (the latter also contributes to this LP).

Both albums feel sequenced to appear more like a mixtape than a traditional long player, and Dobson Jr proves to be every bit as impressive at crafting expert percussive grooves as Mo Kolours. Where they largely differ is Rye Lane Volume One is an instrumental affair; aside from some well placed samples there is none of the skunk-addled vocal charm of Mo Kolours. You might feel this restricts the potential listening impact of Rye Lane Volume One but it’s really not the case. The 11 tracks breeze past with a real swagger, and it’s all too easy to keep flipping the record over.

Regardless of tempo, Dobson Jr. seems more than capable of producing a killer groove and it’s almost as boring to attempt to describe the results on “Live At Central Hotel” or “Peru Timing” (two personal highlights) as it would be to read about them. This is music that’s made for enjoying, not dissecting. Rye Lane Volume One makes for auspicious listening and this writer is personally quite excited to see how both artist and label develop and grow.

A1. Grenada Special
A2. Cameroun Special
A3. Big Bags
A4. Nankoo On Keys Feat. Reginald Omas Mamode IV
A5. Cigar Box
A6. Outernational
B1. Live At Central Hotel
B2. Columbian Special
B3. Muscavado Sounds Pt.1
B4. Peru Timing
B5. Babai