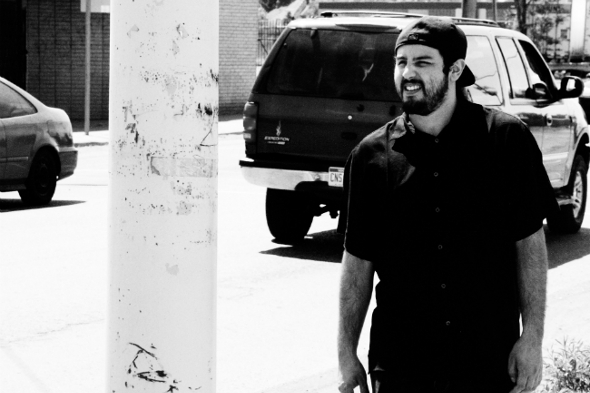 The Detroit artist will release his second record for the London label in September.

Taking into account the labels Manuel Gonzales has released with, you wouldn’t be blamed for thinking he was in fact a London-based artist. Since surfacing on Wild Oats in 2012, he’s released on The Trilogy Tapes, Semtek’s Don’t Be Afraid, Third Ear Recordings and Berceuse Heroique under the MGUN alias. Last year he supplied the then fledgling Berceuse Heroique with its third release, and it has now been revealed Gonzales will return to the label with another two-track 12″ under his given name. Entitled Full Frontal, it also features a collaboration with the little-known producer Ramon Ramirez.

The release of Full Frontal sees Berceuse Heroique continue its fine run of output this year, which has included records from Dutch artist Ekman, Tuff Sherm, and a split 12″ featuring Horsepower Productions and Beneath. Both tracks can be streamed in full below with “Full Frontal” sounding like a combination of Jeff Mills’ bleeps and DJ Spider’s lo-fi techno, while Gonzales & Ramirez’ “Blowout” is minimal on drums and heavy on synths. For anyone in London, MGUN will be playing Don’t Be Afraid’s dalliance at Plastic People with Semtek tonight, where doors open at 10pm – details on that here.

Berceuse Heroique will release Full Frontal on 12″ vinyl only in September.

A. Full Frontal
B. Blowout