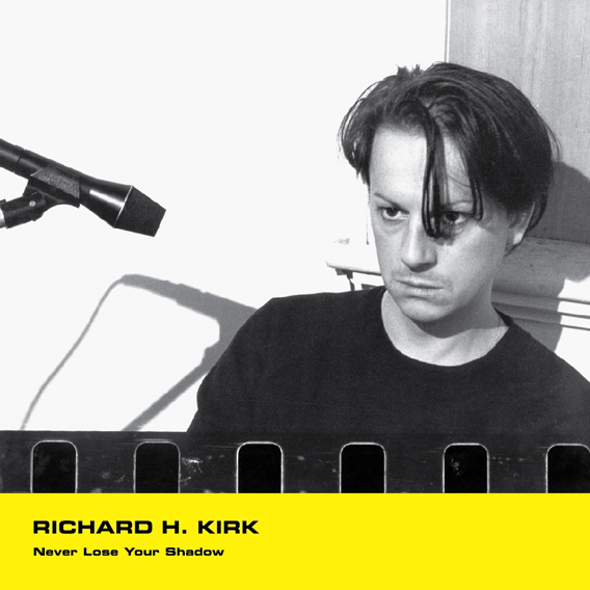 Veronica Vasicka’s label will bring four solo tracks from the Cabaret Voltaire member to vinyl for the first time.

In comparison to last year, Minimal Wave’s prolific output has slowed somewhat, with 2014 so far procuring just two releases from Juan Mendez and Karl O’Connor’s Sandra Electronics project, and a reissue of Soma Holiday’s 1984 classic Shake Your Molecules. It was revealed today the label’s next release, entitled Never Lose Your Shadow, contains four Richard H Kirk tracks originally recorded between 1978 and 1987. Said in parts to be inspired by the 1971 speed freak road movie Vanishing Point, Minimal Wave state that the title track “blurs the lines between harsh industrial, dance floor, and no wave,” while there’s suggestion it helped lay the foundation for material Cabaret Voltaire recorded for Virgin and Some Bizarre between 1983 and 1985.

Minimal Wave state that the other three tracks featured are “more experimental and reference ideas Kirk was exploring in Cabaret Voltaire at the time.” Kirk himself also explains, “none of the tracks were outtakes for Cabaret Voltaire, they were always solo tracks.” This release will the first time any of these productions have made it to the vinyl format, and its arrival in August follows Kirk’s forthcoming solo live show as Cabaret Voltaire at this year’s Berlin Atonal festival.

Never Lose Your Shadow is limited to 999 hand-numbered copies with the first 500 pressed on solid grey vinyl, due for a release on August 26. Pre orders can be made from the Minimal Wave website from August 1. 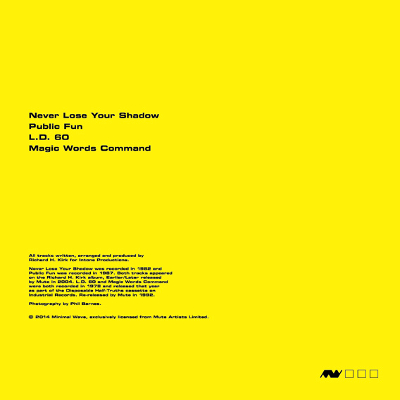