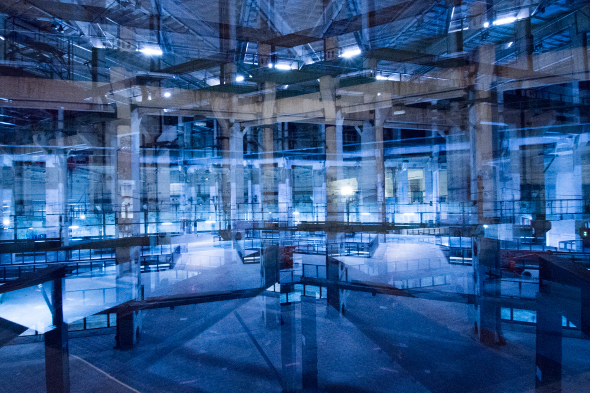 Richard H Kirk will play a solo live show for the festival in August alongside a host of other additions.

After relaunching in 2013 after a 23-year hiatus, Berlin Atonal has swiftly made a name for itself as a festival at the cutting edge of avant-garde electronic music. Earlier in June it was revealed the likes of Millie & Andrea, Sendai, In Aeternam Vale, Abdulla Rashim and a Modern Ensemble performance of Steve Reich’s Music for 18 Musicians will headline the 2014 edition. It’s now been announced Richard H Kirk, founding member of Cabaret Voltaire, will perform a solo live show under the group’s name that is said to consist solely of machines and multi-screen projections in what’s described as “the first Cabaret Voltaire performance of the 21st Century.”

Other major additions include Italians Donato Dozzy and Nuel who present for the first time their Aquaplano Sessions project live. The premiere follows this year’s reissue of the duo’s famed material on Spectrum Spools, often credited as being an example of deep and atmospheric techno particularly ahead of its time following its release in 2008. Amsterdam’s 4DSOUND crew, known for the development of their multidimensional listening environments present ATONAL 4D, where Mexican artist Murcof, known for his work on Leaf, will work the custom-built room’s spatial dynamics alongside Biosphere, Raster-Noton bass frequency specialist Senking and a commission between visual crew AntiVJ and sound designer Thomas Vaquié.

James Ginzburg of Emptyset will debut his Bleed Turquoise project with visuals provided by MFO, a duo that has also collaborated with Kode 9, Roly Porter, Oni Ayhun and Clark in the past. Finally, Voices From The Lake’s Neel will bring the live AV show he debuted at Mutek earlier this year to Atonal for a second session of deep experimental techno. In additional to all of this, several after-parties are in the works with Sigha, Swedish duo Shxcxchcxsh and Young Echo artist Vessel. For tickets and more information on Berlin Atonal visit their website. 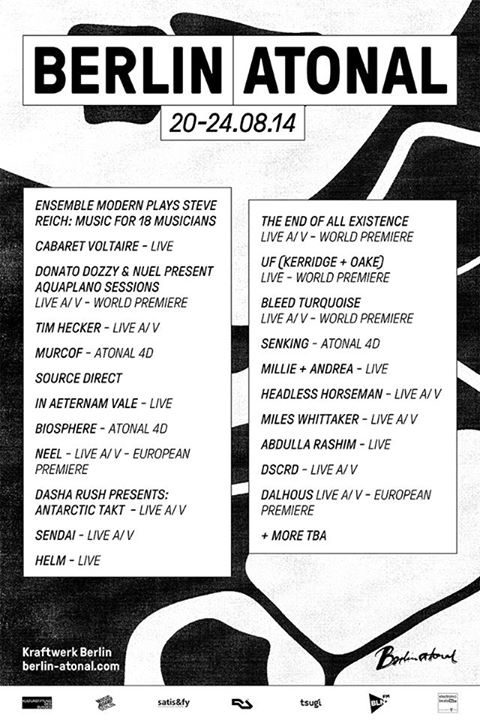