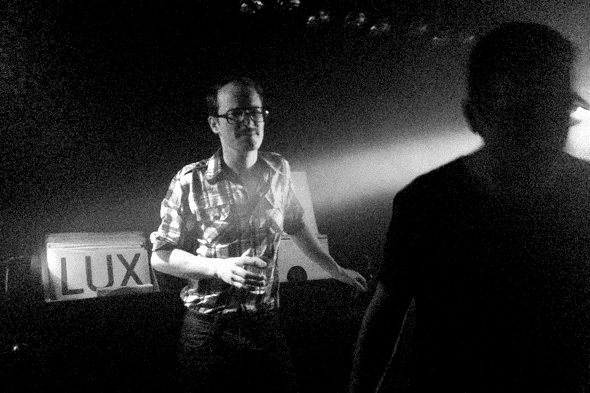 Founded by Zurich-based DJ partners Cosmo & Faber (pictured above) back in 2010, Lux Rec’s mission statement from the off has been to “focus on the roots of dance music exploring elements from the early electronic scene, with the intent of redefining and shedding a new light on it.” This has been fully reflected in the music they have put out since launching with Detroit acid addict Jared Wilson’s The Rise And Fall Of The Machines Part 1, and in the releases that have followed Lux Rec have cast their net wide, offering a platform for some under the radar talent (both local and international) to shine on some lovingly presented records.

On the surface Lux Rec may look like just another European label releasing music indebted to Chicago and Detroit, but there is clearly a lot more thought put into their releases than the average house label. It’s hard to think of another label that would consider issuing a 12″ doctrine on Jakbeat from Nation trio Traxx, JTC and D’Marc Cantu as well as indulging the conceptual whims of Murphy Jax, Jori Hulkkonen and Alessandro Parisi. Let’s also not forget last year’s Life EP from hardware throwdown specialists R-A-G, the first 12″ the trio issued outside of the M>O>S umbrella; the Aroy Dee stamp of approval demands you pay attention.

In September, Lux Rec will issue their 20th release, which introduces Savage Grounds, a hardware project made up of co-founder Cosmo and label mainstay Florin ‘CCO’ Büchel. Consisting of five productions, the Over Fences 12″ is the result of Cosmo and Büchel laying down some live take performances with just three machines; an 808, a modular synth and a Space Echo. You can stream one of the tracks below, and in order to introduce the project more formally we sent a few questions to Cosmo over email.

How did the Savage Grounds project between Florin Büchel and yourself come together?

It was a trial and error process. We planned to work on music together, and were exploring directions. Anything that needed a lot of arrangement, or heavy editing in post production, was unsatisfying, it sounded almost dead, or never as it was supposed to sound. The repetition of certain passages in mixing the tracks lacked vitality, and I personally found it extremely boring. So one approach to avoid all that was to play live, to record it, and decide if the result was good enough to call it a track. We used one Roland 808, a modular synthesizer and one Roland Space Echo. Above all there was the need to see if we could work together, and curiosity about a possible result.

Was there a specific motivation behind the restrictions you placed upon yourselves by using only three machines?

It boils down to two facts; by playing live we could only use four hands, so several machines would have not been a viable solution. As well as this I personally prefer to reduce the possibilities to the minimum, and work within those limits. It’s funnier, it allows you to focus more on what you have in front of you, and not on all the things you could possibly do, and it frees you from deciding upon this or that synthesizer. So one drum machine, one open end synth and an analog delay.

Over Fences is the 20th release on Lux Rec, was this always the plan?

No, but surely we wanted to do something that was related to us in a deeper way. It came out with one half of Lux Rec working with one friend that has been on board from the very beginning, who is certainly part of our team.

Florin’s Contra Communem Opinionem (CCO) project has been a mainstay of Lux Rec, how did the two of you meet?

He lives very close to where I live. But we had no idea, a common friend put us in touch. The first time we met was in a club in Zürich that doesn’t exist anymore, Cabaret. And when he came in I was actually playing a track of his on Mathematics. He kept in contact since then.

How would you say Lux Rec has grown as a label since it started back in 2010?

It’s very difficult to say, one always compares things. What we have done these last four years was follow our own interests, searching and looking for things that we appreciate, either for a certain type of sound or for a different attitude when it comes to music. A very active process of going towards what we thought was, and possibly still is, good. As well trying to keep a good eye on the people that are close to us. CCO is one, Echo 106, Alessandro Parisi for example, are more that just musicians which had released on Lux Rec.

There seems to have been a slight shift to include more wave-based sounds of late?

Yes indeed, as I said, it is part of this process of looking for the things we love to hear. And after release number 10 a natural change of direction came in. We do appreciate a lot more than just house or acid. And so we moved freely in any direction we thought was good, not sticking to an image Lux Rec may have built through the first years.

We are big fans of the artistic direction with Lux Rec – it seems to have a very defined overall aesthetic. Who is responsible for that and what is their remit?

It is all work (and love) of mine. Since the very beginning every release has been designed by me, and discussed with Faber. Of course my hand is heavily present in all the sleeves. The overall idea is of extreme iconic austerity. Sort of dictatorship propaganda type of design.

Beyond the Savage Grounds release, what’s on the horizon for the label?

First parties, in September, to celebrate our coming of adulthood, one here in Zürich, one in Geneva and another one in London. Then we’ll have a record by Helena as number 21, a fantastic French release by the end of the year from Momentform. Marco Bernardi is as well on board with us, beginning of next year, and after that another record with Alessandro Parisi.

Lux Rec will release Over Fences by Savage Grounds on September 14. 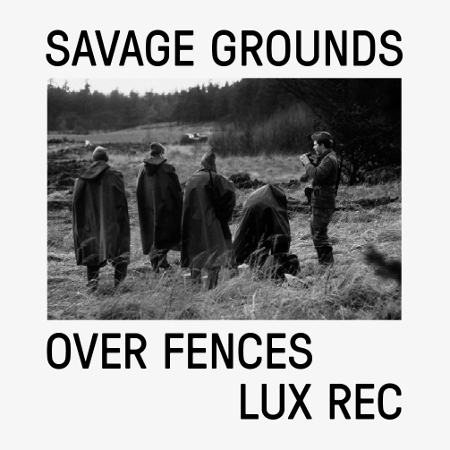