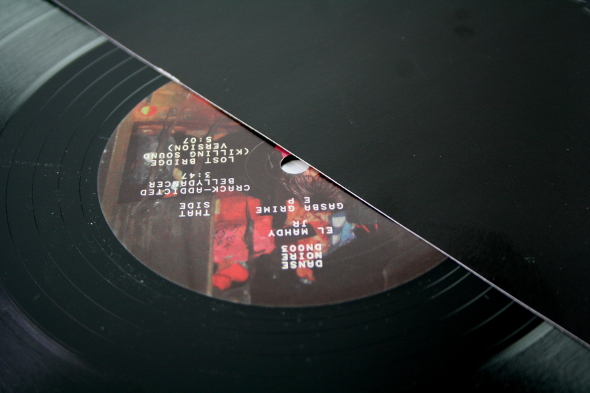 As a producer based in Turkey, combining western club forms like dubstep, grime and hip hop with Raï and Arabesk, culturally popular but critically maligned genres in Turkey and his native Algeria, El Mahdy Jr. is on the opposite side of the fence to Western producers appropriating Eastern sounds in their productions. For El Mahdy however, such an act is not simply an aesthetic choice; speaking to The Wire last year he described these genres as “rebellious” and “political”, adding a dimension to his music that goes beyond the purely aesthetic choices made by a lot of Western producers appropriating the sounds of the East. “I tried to use my own cultural memories,” he explained. “My music is not about a tourist’s dream that redesigns a place to comply with them.” 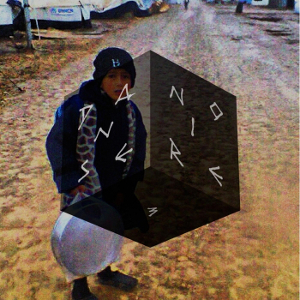 It might be difficult for Western listeners to appreciate the full political effect of what El Mahdy is trying to do, but it doesn’t prevent his music being deeply affecting on its own terms. This was perhaps most evident on last year’s The Spirit Of Fucked Up Places album, and though the five-track Gasba Grime EP for Aisha Devi’s Danse Noire label feels more obviously dancefloor-focused, it’s still a collection with a strong emotional pull. The arid “Zarga” may reflect dubstep in form, but its the haunting melody that gives the track its weight, something repeated on “Lost Bridge”, whose mournful tone is expanded into an arid, panoramic vista filled with shackling dubstep style rhythms.

“Gasba Grime” itself is perhaps a little misleading as a track title; its spectral synth lead sounds more like Visionist’s outsider take on grime, with air horns and vocal that feel more indebted to jungle, but the underlying structural skeleton is undoubtedly grime. “Crack-Addicted Bellydancer” is probably the most striking track on the EP; its movement from half-time lurch to semi-automatic rhythms feel like both footwork and slow-fast D&B, and the track’s melodies feel incidental to the rhythmic links El Mahdy Jr is trying to make with some of the West’s stranger dancefloor developments.

Despite Gasba Grime feeling like a dancefloor record, the EP’s lone remix bucks this trend, delivering the closest thing on the record that fits the label’s tagline “ritual music”. Made appropriately enough by Young Echo’s resident purveyours of “oblique soundsystem murderers”, Killing Sound, the reworking of “Lost Bridge” becomes the kind of lumbering, dread-filled zombie dub that uses their own cultural memories of Bristol’s soundsytem culture to throw back a suitably distorted reflection of El Mahdy’s own music. It’s telling however that this remix feels less adventurous than El Mahdy’s originals, which stand in a unique category of their own.