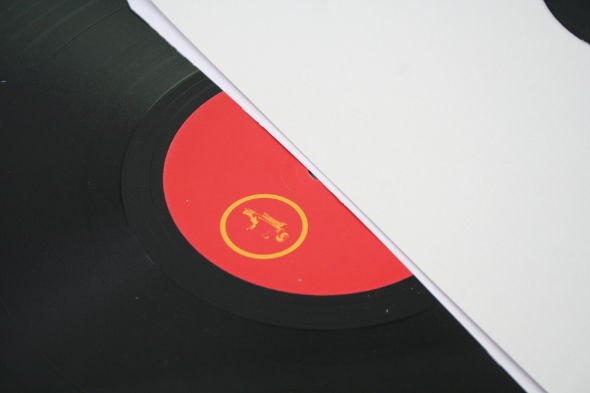 Depending on your mood when you’re at the turntable, half of this record can be enjoyed at 33 or 45rpm. Do you pitch down the A-side for some hazy ambient piano riffs? Or alternatively speed them up for a dust unsettling, mid-tempo groove? Whatever the answer, JBSF2 is what deep house should be: a feeling. Jitterbug and Scott Ferguson’s second collaboration is again released on the latter’s Ferrispark label and comes two years after their first dalliance in joint production. And if you were to line up all seven JBSF tracks in order of their appearance it’s as though the two are trying to delve deeper in rhythm and sound by the cut.

As with the first JBSF record, each track here is criminally left untitled. It’s hard to imagine there’s not some kind of story or inspiration behind them all. Or are we just in the midst of great story-tellers. The A1 unravels with trickling keys and thin blankets of warming synths before a straight-laced dubby beat lightly provides a cushioning bottom end. A hi-pass filter then reveals the percussion in the way a raised curtain would let in the morning’s dawn to an empty hi-rise apartment. It’s a deep excursion through majestically piano-driven house music. On the other side of this there’s the lost glockenspiel tones of the A2, which if it did have a story to tell may be something along the lines of the two letting a self-modulating loop roll while taking a cigarette break, only to return to a sublime ambient cut perfect for this record’s inner.

The B-side however should always remain at 33, and the B1’s shuttling groove, silverware percussion and overall dryness is like a dubbed out, stripped back change up to Levon Vincent’s “Double Jointed Sex Freak (Part 1)”. Meanwhile the B2’s arpeggios sprinkle down like 3D rain droplets which may well be transposed copies of those hidden in the B1. But sitting at the forefront of the mix this time they’re given centre stage and loved-up even further by cascading synths which seal in the sweetness. With only three solo records to his name, and a further two with Scott Ferguson, the low lying Jitterbug is testament to quality over quantity. Ferguson on the other hand has and always will be the real deal. So can the pair go deeper than this sequel next time? What can we say, to be continued…