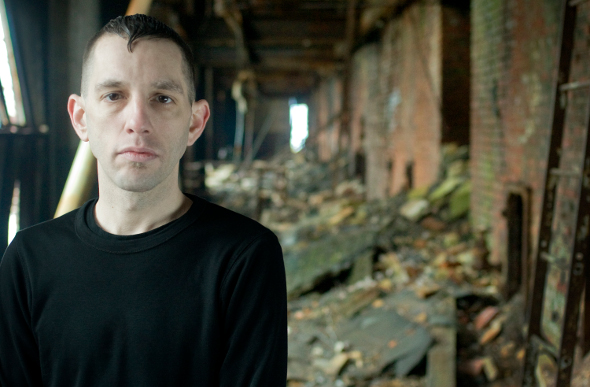 Last week news surfaced that Adam X would be making his debut on L.I.E.S. under his rarely seen ADMX-71 alias which focuses on more abstract and experimental sounds than his usual output as Adam X. The three-track Redacted Files 12″ is described by the label as “a unique take on the traditional EBM sound,” and here for the 12th L.I.E.S. Podcast the American delves deep into his vaults to compile a mix rooted in body music that branches out into militant incarnations of early industrial, to harsher ambience sessions and techno to fit this mould.

Interestingly he opens the mix Clock DVA, a group Adam X has previously revealed he discovered when a “woman in her upper 40s entered the shop (Sonic Groove) and asked if we would take a look through a bunch of records she wanted to sell. It wound up she used to work as the American publicist for (German Industrial band) Einsturzende Neubauten.” While other interesting contributions come from Cevin Key of Skinny Puppy, Pankow, Black Lung and the Muslimgauze’s closer “Dome Of Rock”.