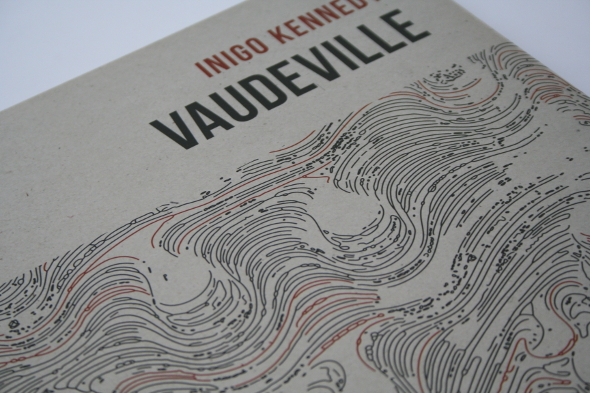 Techno masterworks of recent times that spring to mind are Terrence Dixon’s From The Far Future Pt. 2, Lucy’s Wordplay For Working Bees and Planetary Assault System’s The Messenger. Inigo Kennedy’s Vaudeville was one I hoped to add to this list, and on first listen there were moments where it sounded like it could really happen. But a masterpiece is after all a masterpiece, and while Kennedy’s fourth album falls just short of such praise, it’s certainly his pièce de résistance. 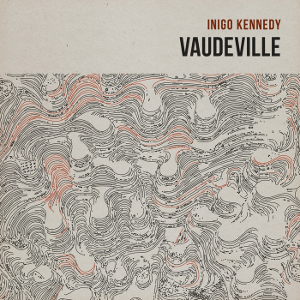 For those seriously into their club techno, the type you’d expect to hear in Berlin’s concrete clubs, Inigo Kennedy’s music right now should be filling you with excitement. The emotional streak running through Vaudeville makes it an album you can listen to around the clock, on your daily commute and at home, or in a dark, strobe-lit room with Token boss Kr!z at the controls. For music that’s ultimately designed for dancefloors it’s as muscular (or in Kennedy’s case: sleek) as a Dehnert full length, as looming as Function’s Incubation and as colourful as Barker & Baumecker’s Transsektoral.

It’s also a start to finish listen. And by the time you reach the final hit of Kennedy’s melancholic blues, “NGC5128”, you’ll feel like thanking him for the journey. Two tracks in to Vaudeville and the album’s first wow-track makes it’s presence felt. It follows opener, “Narrative” – a different take on what others might call “Intro” – and “Birth”, a long and winding Phantom Of The Opera-esque production. But back to the wow: “Requiem”. It’s big fun techno with a sinister leer, and if it had a face it’d look something like Heath Ledger’s interpretation of The Joker. And during the breakdown which offers respite from those dramatic chords, you can very easily picture Kennedy encircled by his machines that are thrumming with life and flashing all kinds of Morse code sequences.

“Plaintive” is the most emotional of productions on Vaudeville and it will leave a lasting impression. It’s a mournful piece that pulls down hard on those heart strings and it’s hard not to feel affected by its glorious and phoenix-like synth that grows and evolves throughout the entirety of the track. “Petrichor”, in all it’s techno glory, is fast paced and shimmers with Caribbean coolness and warmth, while “Lullaby” (which featured on the album sampler with “Petrichor”) features all the reverb, delay, jitteriness and sparkling crystal redux that made “Cathedral” from last year so good. Following “Lullaby” is the irregular wobble that’s the beat of “Vallecula” which starts off promising, but then as other elements enter around the minute-and-a-half mark it falls by the wayside, becoming the album’s flop. The melody is muddy, the keys and airy synths struggle to communicate with the bassy bottoms and Gregorian brass chimes don’t do enough to exhume “Vallecula” from the deep.

But where there’s a flop there’s a flip and that’s “Winter”. Naturally it begins cold and desolate, like a humming power station somewhere in Siberia, and once it gets going its synths, keys and electronics are communicating as if on good terms again. You can really feel the workmanship that goes into this track – and the song writing of the whole album for that matter – but as “Winter” develops so does its groove which is like a bulky hustle of a long distance runner struggling to keep up with the pack. But credit to Kennedy here as he demands “Winter” crosses the finish line like a winner even if he has to whip it like a racehorse to do so.

Finally, the album’s penultimate track “Aleph” is by no means filler, but much like “Birth” and “NGC5128” it lingers in the shadows created by Vaudeville’s shining lights “Requim”, “Plaintive”, “Petrichor” and “Lullaby”. All of which are so classic, so heartfelt and beautifully synthy that it makes you think if Jean Michel Jarre made badass techno this is what it would sound like.