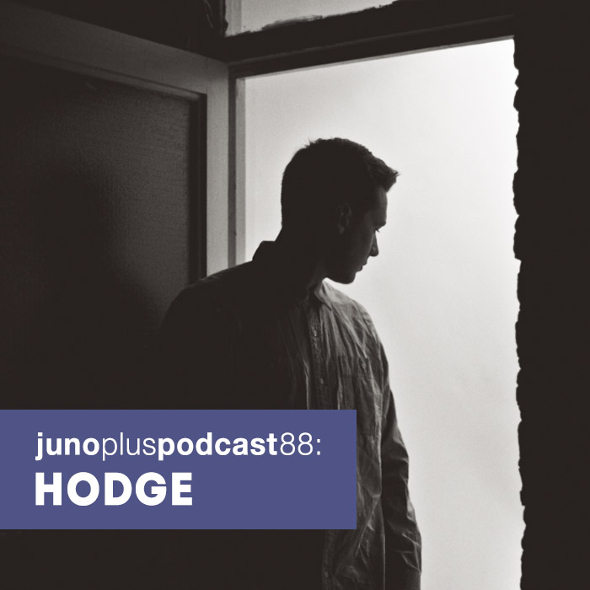 Hodge steps up for a masterclass in contemporary UK sounds with a mix featuring a barrage of forthcoming material.

Always a city synonymous with its music scene, Bristol is setting the standard for many to follow these days, be it with the finely curated house and techno of Idle Hands, the seismic soundsystem manipulations of Livity Sound, abstract electronics of Young Echo and the No Corner label or the more reverential bassweight approach of Peng Sound. There’s a communal spirit linking these various institutions which is as apparent from the outside as it is when you spend some time speaking to those fully entrenched in the city.

It’s telling that Jacob Martin has managed to successfully find a niche for himself within Bristol both as part of Outboxx, the classicist house project with Matthew Lambert, and in a solo capacity as Hodge. His work in this latter capacity has really come on in strides for over the course of the past year or so, cultivating a murky, dark style of sub focused house and techno which has increased in impact with every release. Last year saw his profile raised considerably thanks to some strange, bass-heavy house hybrids made in collaboration with Peverelist, and a further solo release on Punch Drunk which contained two pieces of clattering, low end-fuelled techno. A subsequent debut for Livity Sound sister label Dnous Ytivil made perfect sense and featured perhaps our favourite Hodge production so far in the devastating dancefloor tool “Amor Fati”.

It’s been a good few months since we last caught the mood of Bristol in our podcast series, so it felt right to ask for a mix from Hodge, whose subsequent 50 minute set is filled with unreleased and forthcoming material from himself and contemporaries such as Beneath, Addison Groove, Tessela, Batu, Facta and Rhythmic Theory. In the days leading up to publication it was revealed Hodge would be gracing Berceuse Heroique with some music, and his plans for the future are among the questions he was kind enough to answer.

How are things in Bristol Hodge?

Is the worst thing about being a producer based in Bristol being asked to sum up the music scene there in interview questions?

Yes, everyone expects you to have some superhuman foresight.

Thanks a lot for doing this mix, would you say it’s a good indication of how your current club sets pan out?

No worries, enjoyed it! Yeah this is probably quite a good indication.

Your mix has tracks from Beneath, Kowton, Batu and Tessela on, all artists whose productions share a similarly percussive, bass-heavy approach as yourself – are these producers that you find yourself communicating with much in terms of mutual feedback?

Yeah, in my mind there’s been a surge in good new music at the moment and those guys are at the core of it, plus they’re friends of mine so I always make sure I keep in touch to share new music… and mainly to bug them for new music to play too.

There are one or two unreleased Hodge bits in there too; will they be appearing on a label sometime soon?

Yeah, to be released very soon – but not sure I can say where just yet!

You’ve been collaborating with Facta as well, how did that come about?

I love writing with others/doing collaborations, keeps things exciting and you’re always learning that way. Facta released that Montpelier EP which made me realise he lives about three minutes away from me so it kinda made sense. He also has a real direct line of sight in terms of what he wants to do which I found really refreshing.

Is there a particular bit of hardware kit you are enjoying using for your productions at the moment?

The Quasimidi Rave-o-lution 309, probably the best named drum machine ever.

Your solo production work really seems to have kicked into first gear over the past year with standout releases on Punch Drunk, Dnous Ytivil and Well Rounded. How do you feel your solo stuff has developed since the debut of Hodge back in 2011?

Thanks. It’s obviously developed significantly in terms of stylistic choices and what sounds I’ve got addicted to. When I started writing back in 2011, I didn’t have such a clear idea in my mind of what I wanted to write, that took a while for me, to work out what I really wanted to write. At the start I think I was just excited by everything in comparison to now where I guess I’m a bit more focused in terms of what I’m into.

How important a role has Peverelist played in this development of your recent productions?

The main role Pev has played is forcing me to strip back my music, stop cramming so many layers in and try and concentrate on making a few layers really work together…. that and not filling the kettle up past the two cup line.

Do you ever crack any Pev dispenser jokes around him?

No, but now I will, thanks.

Apart from the work of those aforementioned peers and the Livity Sound axis, what kind of artists/music would you say are influencing the Hodge sound at the moment?

This mix could be looked at by what’s influencing me I guess. Other artists and labels to name a few would be Lurka, Gramrcy, the No Corner label, This new label called Obsession in Berlin – I’m really into their first release, the new Jitterbug on Uzuri is amazing, Workshop, the Berceuse Heroique label, Clek Clek Boom in France are releasing some great stuff – love the Coni records, R&S are as ever on form – the Alex Smoke is great… I could go on, there’s a lot of really cool music about right now. I’m just influenced by anything that I find exciting I guess, something that gives you a rush of energy or a buzz in someway. All of the above music does that.

You are a regular attendee of Freerotation and this year sees you on the actual line-up, how excited are you about this?

Hard to describe how excited I am about this, one of the most inspiring events I have been lucky enough to attend (Thanks to my friend Leigh (Leewok) for persuading me to go on the day of the festival like five years ago). The best thing about it is that I know the crowd, I know they are open-minded and super positive so I can’t wait to play.

What’s been your most memorable Freerotation moment?

Hard question, Move D outside all those years ago as everyone knows was actually incredible, like emotional (haha) but it was. John Heckle live a couple of years back absolutely blew me away, years ago again the Hessle guys took over a room for like five hours and that was absolutely amazing. Hearing some of that music way before it was released was just a game changer, or maybe Pev’s jungle set to close the festival last year…

What do you have coming up over the next few months?

I’m really looking forward to be playing in Romania in a couple of weeks, I love Bucharest. Freerotation is always a highlight and now I’m playing which is cool and I’m just finishing some tracks for Berceuse Heroique to be released later this year.