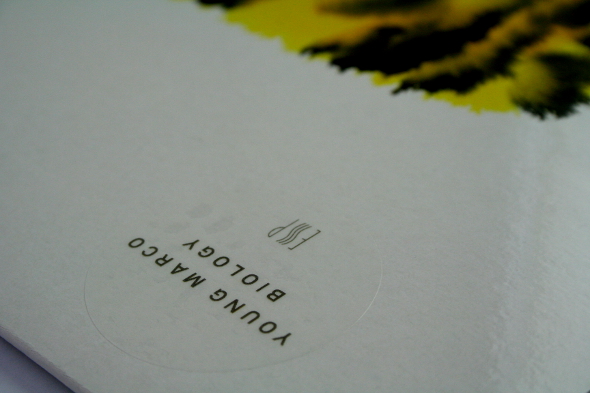 Amsterdam’s Marco Sterk seems to have taken an age to move out of the shadows. A graphic designer by trade – he was, for many years, the brains behind the distinctive look and feel of Rush Hour’s releases – he first pricked the collective consciousness with an impressive double A-side debut single on his own impressive (if short-lived) Hand of God imprint. With its slow, lilting, decidedly Balearic A-side (“Moving Fast (Very Slowly)”, a sun-kissed fusion of shuffling acoustic guitars, alien synths, soft-focus drum machine rhythms and hazy melodies) and cowbell-laden, post-punk influenced B-side (the riotous and strangely foreboding “High Tide”), it offered a glimpse of Sterk’s wide-ranging influences and obvious potential. 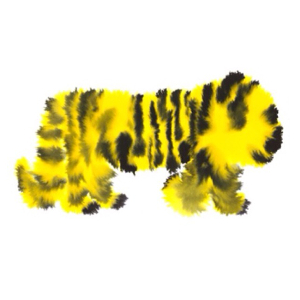 It’s these qualities that make his long promised debut album, Biology, an enticing prospect. His aforementioned output suggests that his work would suit the longer format, and his understanding of mood and melody is great enough to ensure that he won’t simply whack together a collection of tracks showcasing the impressive depth and range of his influences (something that anyone who’s heard him DJ will confirm). Happily, Biology ticks all those boxes and more. Warm, rich and enticing, with complimentary tracks and influences adding up to a coherent, enjoyable whole, it fits snugly on one piece of vinyl. It’s a nod to classic albums of the past, but also ensures that Biology never outstays its welcome.

There are notable cinematic influences to be found throughout. Check, for example, the jaunty refrain, sinewy synth strings and gentle drum machine hits of opener “Biology Theme”, or the glacial new age brilliance of “Out of Wind”, which combines complimentary electronic melodies to create a rush-inducing slice of beatless brilliance. To these ears, both tracks echo composer Thomas Neumann’s famous work for the American Beauty soundtrack. There’s also a cinematic quality to album highlight “Suzuka”, whose melancholic pads, Italo-influenced arpeggios, cascading melodies and enveloping warmth recall the Pet Shop Boys at their most sophisticated. Those with knowledge of Neil Tennant and Chris Lowe’s work will no doubt draw comparisons with Harold Faltermeyer’s rich, analogue-heavy production for their often overlooked – but superb – 1990 set Behaviour. There’s a similarly introspective – if a little wearier – feel to “Trippy Isolator”, whose darting riffs, Far Eastern melodies, gentle chords and sparse analogue percussion are undeniably soothing.

Biology isn’t without dancefloor moments, though they are – in keeping with the album’s overall feel – clean and smooth rather than raw and gritty. “Sea World” is perhaps the most striking of these tracks, with 8-bit synth melodies and sub-aquatic chords dancing over a dense layer of African-influenced percussion. That said, there’s a rush-inducing quality about the midtempo house excursion “Psychotic Particle”, which builds from a low-slung groove (all analogue bass and snappy drum machine hits) into a crescendo of bold riffs, interwoven melodies and dreamy chords. Closer “Can You Really Feel It” is even brighter, with cheap but alluring melodies rising and falling over a sturdy, 122 BPM rhythm. It sounds like something from a bygone age; proto house or techno composed in 1983, rather than the 2013-14 period it was actually recorded in.

Biology is, then, a fittingly impressive debut. Melodious and expansive without being overbearing and claustrophobic, Sterk gets just the right balance between cinematic beauty, synthesizer-heavy electronics and bright-eyed dancefloor shuffle. Hopefully it will be the first of many fine albums from the talented Dutchman.