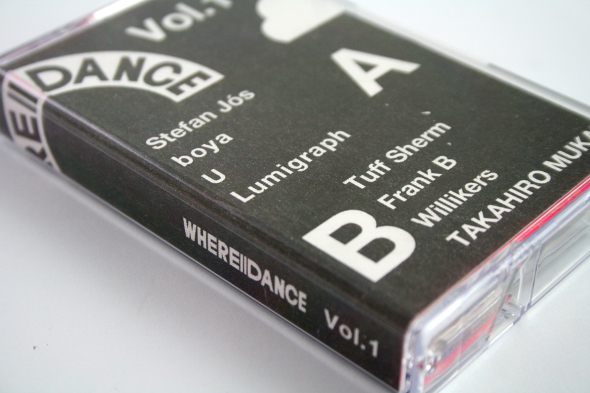 It’s been three years since Where To Now? started up operations as a cassette label of note, with acts such as Helm, Wanda Group  and Ondness providing a sturdy impetus to showcase a healthy spread of fringe electronics. Now though the label wants to embrace its love of more danceable matter, and so proceedings commence on the WhereIIDance series with a strong eight-track cassette and digital manifesto that spells out just what kind of music we can expect from the new venture. There’s plenty of scope for experimentation still, however physical they intend reactions to the music to be. 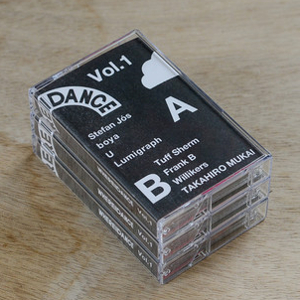 Stefan Jos gets things off to a very strong start with the immersive dub leanings of “People On The Bridge”, pinging a perfect chord around a lean and understated drum pattern while the bass thuds out in a disheveled fashion. It’s definitely not a carbon copy dub techno track, but rather a smart update on the practice with a healthy amount of grit sewn in. Things switch up for Boya, previously found moonlighting on Mister Saturday Night. There’s a more overt focus on degrading sounds to the limit without losing impact, with everything from the drums to the synths coming under fire from creative distortion, but it doesn’t stop the toe tapping and the head nodding thanks to a strong amount of swing present in the drums.

U sports a similar appeal on “2 Way Mirror” as a lopsided synth aesthetic meets with gravelly beats that funk like a good old house beat should, although here there are more intriguing diversions into alternative sections that widen the scope of this particular leftfield cut. Another MSN graduate Lumigraph represents a more wild concern as “Ski Mask (Dub No Dub)” surges forth on a jacked up tempo over which a rapidly bubbling broth of warbles and wails can vibrate like heated-up atoms. By comparison, Tuff Sherm sounds positively immaculate after all that noise making, and his “Backwoods” is not a clean techno cut by any stretch. It is however noticeable that the beats are well rounded, while the bewitching peals of synth call out with a celestial grace, leading upwards into a thrilling drop with an addictive lead hook that dancefloor gold is surely made of.

If it felt like it was getting too clean then Frank B sets things back into the murk with the tough machinations of “Phosphenes”, a track which still manages to shimmer through the lo-fi values thanks to a particularly arresting arpeggio. Willikers meanwhile presents arguably the sunniest jam on offer, with a catchy melodic hook calling out over the top of a rugged house groove with a wonderful simplicity. Takahiro Mukai’s parting shot “#122309” however seems to put paid to the dancefloor intentions of the release with a slow and off-kilter kind of techno abstraction that enchants just as it beguiles, which poses the question of how many of these tracks would be fit for the floor.

There are certainly moments that could set a more open-minded club alight, but really as an extension of the parent label, WhereIIDance seems more aimed at digging out sonic explorers that know how to anchor their textural prowess to a tangible beat. In that sense, as an exercise WhereIIDance Vol. 1 has been undoubtedly successful, as proven with some of the excellent tracks on offer from a lesser know cavalcade of producers. Whether they should be emphasizing the “dance” part is open to debate, but of course it doesn’t matter when the ideas are earnest and the results are fresh.