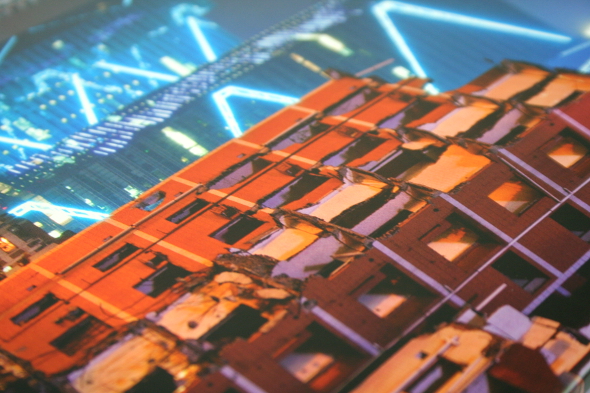 A debut album has been a long time coming for Strahil Velchev, who has almost single-handedly flown the flag for Bulgarian electronic music since he first emerged in the mid ‘00s. While he has been operating in the fruitier corners of the European house and techno scene for a long time, in the past few years he ahs started to attract more recognition both as his hardware approaches fit in to the current trend for outboard production and the right amount of listeners get wise to his generally accessible sound. Velchev has always built his sonic identity around a love of freaky noises, generally applied with an attitude first spawned by P-Funk and so picked up on by groovy deviants over the generations since. He may be adept at crafting big room party rockers, but Velchev’s tendencies have always been left of centre and so on this album for Stefan Goldmann’s Macro imprint he gets to indulge that quality in his music a little more. 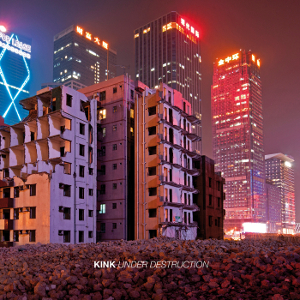 Under Destruction is largely made up of full-bodied tracks, but this is far from a singles collection. There are certainly some rounded and mixable tracks for the DJs out there, from the dirty, distorted stomp of “Sintezator” to the John Tejada-flavoured melodics of “Povreda” with its ample application of ring modulation and anthemic synth hooks. These tracks are the exceptions rather than the rule, and in the meantime Velchev goes into some very interesting territory.

“Summa Technologie” is a detailed and crunchy twist on electro that could sit comfortably on Rephlex with its glitchy sound palette, but there’s so much more to it than that. Take the emotive latter half of the track with its operatic vocal coos, or the industrial heft of the rhythm section at its peak, or the thoughtful piano line. This track, much like the rest of the album, gives Velchev the chance to show off just how diverse and capable he is as an artist beyond the tech house fare that many might associate him with.

There is also space for a healthy amount of dubstep-paced production on the winsome stepper “Vodolaz”, while “Tok” gets into a coldwave bout of experimental arpeggiations that summons the gods of proto electronics while sliding gracefully from the ‘70s to the 21st century over the duration without sounding hackneyed. “Teleport” lurches in a hip hop tempo while being laden with a heavy payload of synths, and in this instance it becomes apparent that whatever groove Velchev is in, his inimitable style comes through.

Such is the triumph of Under Destruction that even to the most house-headed of his fans, the sound of KiNK comes through in spades. Even in the largely experimental remit of this record, the same gift for handling warm and fuzzy synths, for keeping things playful and edgy at the same time, for knowing when to make it bang and when to send it out west; all these things shine through to hold Velchev up as that most rare of uncompromising and enjoyable producers. It may have taken a while to see the light of day, but on his debut album the artist has done himself very proud indeed.