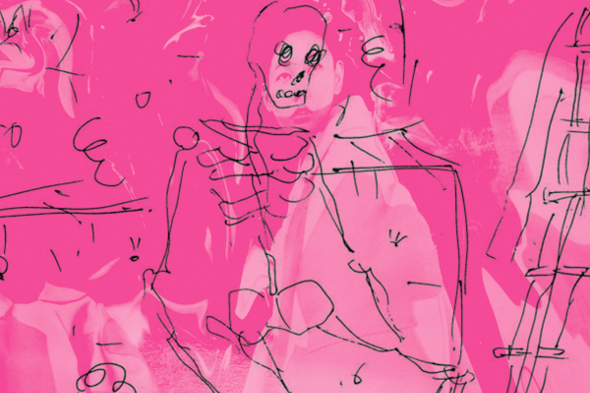 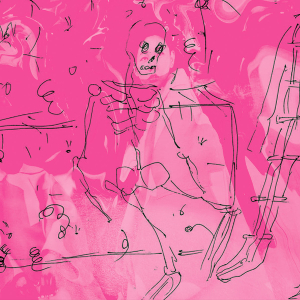 In spite of its brevity, the title track’s sonic references are nearly all electronic ones. There’s the pitched-down vocal that was long the staple of Chicago house and the more minimal Detroit techno variant, mixed with tumbling drums, insidious 303s and even echoes of that most opulent of dance sound, Italo Disco, on the central keyboard hook. Despite its title, “Acid Freak” has more in common with 80s wave and post-punk than primal Chicago house.

Sure, a snaking, gurgling acid line runs through the arrangement, but it’s overshadowed by an emotionless female vocal – could it be Dust member Angela Chambers? – intoning lines like: ‘I see you on  the TV screen/I see you on the street/yeah you’re a freak’ alongside what sounds like the more suggestive ‘I need you in my sheets’. There are some parallels to the androgynous nasal whine of electroclash, but while that short-lived scene was based on a cartoonish, throwaway version of the 80s, “Acid Freak” provides a more compelling interpretation.

Apart from the gender-neutral vocals and tweaked acid, there’s also dubbed out drums that call to mind the extended drum breaks that original disco DJs introduced to make songs more playable. That Dust can express all of these ideas over the course of just two short tracks suggests that if they had an album format to play with, the possibilities would be endless.