For a relative newcomer on the scene, Sweden’s Abdullah Rashim has certainly managed to issue forth a hefty amount of work to be digested. Much of that has been done on his own terms through a self-titled label, the ultimate autonomous creative outlet, but there have also been a fair few dalliances with Semantica as well as a somewhat surprising appearance on Studio Barnhus. Rashim’s other, more communally minded label Northern Electronics is the outlet for  Unanimity, the producer’s first full length work, and it makes for a logical combination considering the context of submerged techno that Rashim is exploring, the label largely deals in, and the album format lends itself to. 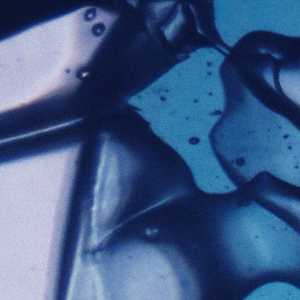 “Under The Wasted Sky” is a dramatic opener that actually calls to mind Aphex Twin’s second volume of Ambient Works in its abrasive tones and wraith-like synthesis, rubbing all the edges out of industrial techno and slowing it down to an uneasy heartbeat lumbering under coarse billows of lung work. It sets the tone admirably for an uneasy ride into darkened corners and unsteady ground. With “Path Inwards” and “Red Uprise” that follow there’s a distinct shift towards more pronounced rhythms that edge closer to a more typical definition of techno, but still the tracks are content to stop shy of direct and tangible dancefloor fillers and instead lurk under the surface, the kicks firing through a muffler while basslines strobe laconically and haunting chimes and textures swim through the swampy surroundings with a positively smudged end result. There’s a definite evocation of Donato Dozzy’s brand of psyche-out dance music, far more geared towards a spiritual engagement with the listener rather than any brazen performance for them.

At times the grooving qualities melt away to leave you with densely realised ambient studies, as on the sci-fi ramblings of “No Borders” and the funereal murmur of “Nothing Existed”, and at these points it’s clear just how adept at cavernous, immersive sound design Rashim really is. Without the beat guiding your ear towards an instinctive interaction with the music, there is the chance to marvel at the organic quality of the humming drones at the artist’s disposal, and they’re a magnificent thing to behold.

“Afar Depression” is another particularly noteworthy moment with its swaying beat that falls in an elegant waltz, even with a monstrous bass note as its centrepiece. It’s a tumbling rhythm that nags as it pummels, all the while clothed in flowing notes woven by a netherworldly seamstress to add more of that strangely soulful atmosphere to what could easily have turned out as an emotionless techno throwdown. It’s in this staggering detail between the forefront sounds that the real magic of Abdullah Rashim shines through. His approach to drone and pad work is multifaceted, yet always carefully positioned to define the atmosphere rather than steal the show. It’s a good time for these kinds of pagan incantations in techno, and this is fine an example of it as you could ask for.