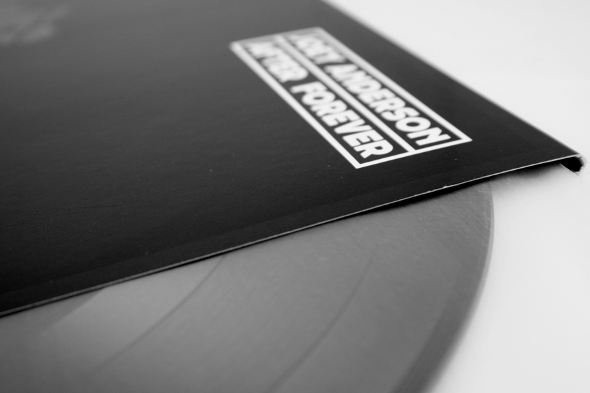 Weighted with expectation after a surge of appreciation from the leftfield house music community, Joey Anderson steps up to deliver his debut album for Dekmantel. His style is one that seems perfect for a long form exercise, and yet there is a lack of pomp and ceremony that accompanies his approach, ensuring there are no lofty concepts to shoehorn his alchemical music into any recognisable place. Since his first appearances it’s been clear that Anderson is dancing to a different beat to his peers, which no doubt accounts for why he stands apart from any given scene or movement. Certainly he can be readily associated with fellow East Coast mavericks such as DJ Qu, but these are more notions of alliances rather than any identifiable characteristics.

Unidentifiable is a phrase that easily springs to mind on After Forever, much as it always has done for Anderson, and there’s no shortage of mind-bending moments to be enjoyed here. Likewise the notion of a complete album is a moot point here; the record holds together like a collection of ideas rather than some flowing continuous piece. It isn’t, however, a simple bundle of singles, but rather something in between.  There are plenty of moments where the drums punch with purpose, as on the tight-ticking closer “Heaven’s Archer” or the murky acid meanderings of “Maidens Response”, but these are balanced out with psychedelic smatterings of piano, abstract vocal samples and strange brews of synth strings that would scare off the average club workhorse.

For the most part though there is far less anchored music to be digested. “Space Colors Ideas” is a wondrous cascade of scatty bass synth and celestial sweeps that looks for not one single whiff of a beat. While “Amp Me Up” may have a solid drum machine heart pumping it, the track is far more concerned with the liquid unpredictability of the heavily processed acid line that sits pretty at the core. In these and all other cases, Anderson’s method is one of simplicity, in doing unimaginable things to just a few key elements to meet his own creative brief.

“Sorcery” makes for one of the album heavyweights, consisting of a palpitating, subliminal kick, a light dusting of hats, some loping Rhodes and complimentary synth notes. There’s not much more to be derived from the track, but with these bare materials something transcendental is achieved. Likewise “Brass Chest Plate” shimmers with its glacial tones and achingly beautiful harmonies, both light and dark in its demeanor but constantly surging forwards with the spirit of early UK techno murmuring through its veins.

After Forever crystalises what it means to experience Anderson’s music, creating conflicting feelings of accessibility and bewilderment. It’s easy to drift along to this album, letting the gentle evolution of each track coo its way out of the arrangement without any need for fireworks, and yet there is a lot of depth to be explored in each idea. When one sits and tries to truly comprehend what is going on at any given moment, it becomes rather dizzying. Rather, it’s easier to sit back and let the exploration lead you unconsciously, not that the easiest path is necessarily the best one. In that sense, this album is a triumph of timeless music that rewards time and attention, just as much as it makes for a pleasant (if rather off kilter) soundtrack to life. In music crafted for the mind, one can’t ask for more than that.