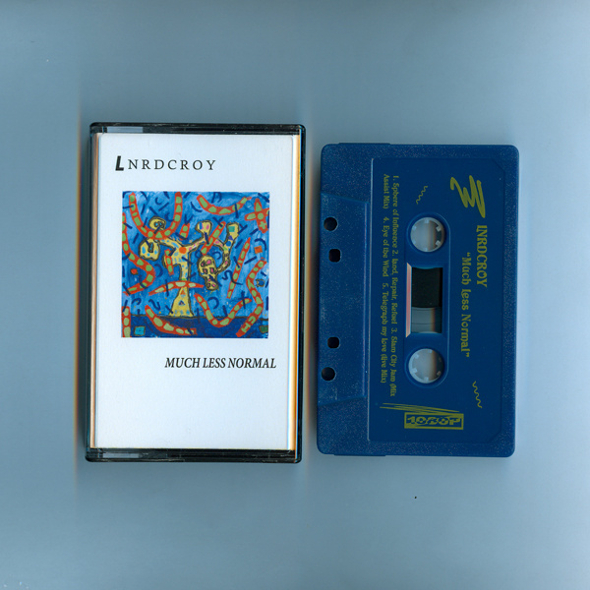 Get a taste for the Vancouver-based producer’s forthcoming Much Less Normal cassette release for 1080p.

If you don’t know 1080p then you should get to know them. The Vancouver-based label surfaced roughly a year ago with Home Remedies, a tape by former LOL BOY Markus Garcia under the Heartbeat(s) guise, and has subsequently racked up an impressive 15 releases from an international cast of SoundCloud-dwelling, low profile producers. It says a lot about 1080p when perhaps the most recognisable name on the label’s discography so far has been Luke Wyatt operating under his Nissan-obsessed alias Infiniti.

Later this month 1080p will be releasing Much Less Normal, an hour long collection of tracks from local talent LNRDCROY which marries his encyclopedic knowledge of ’90s techno and ambient sounds with the “ultra vivid imagery of cloud-covered islands, overcast Vancouver days, bustling Chinatown streets” of his British Colombian surroundings. If you were charmed by LNRDCROY’s recent dalliance with Boreal for Jurg Haller’s Forbidden Planet label, you should be excited by the chance to bask in a more conclusive display of his production talents, and 1080p have kindly allowed us to premiere office favourite “Slam City Jam (Mix Assist Mix)”, a wonderfully flirtatious meeting between recycled breakbeats and almost there rave stabs.