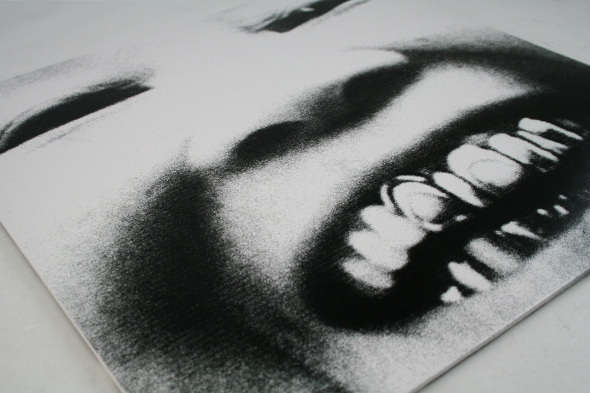 If the press release for That’s Harakiri is to be believed, then Sd Laika – the alias of Milwaukee-based producer Peter Runge – was on the verge of being one of many producers consigned to the increasing list of bedroom-based one hit wonders, before Tri Angle boss Robin Carolan convinced the producer to deliver a debut album. Responsible for one excellent release on Visionist’s Lost Codes label in 2012, and thus nominally attached to the recent explosion in instrumental grime, the Unknown Vectors EP was nevertheless something of an anomaly in this field, adopting a murky aesthetic more in line with that of Actress than the cleaner lines of contemporaries Visionist, Slackk and Fatima Al Qadiri. 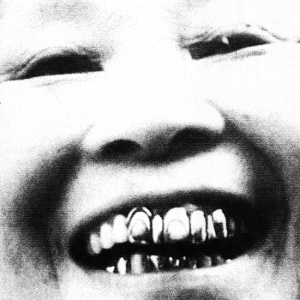 While it would be easy to level accusations at Tri Angle of getting involved in the grime revival at just the right point to capitalise on its increasing critical and (admittedly modest) commercial success, the label has always operated on a parallel path to concurrent musical trends, picking out artists who fit in with the current zeitgeist but operate on a considerably darker wavelength. Runge is another such producer, and is a good fit for the label’s consistently unpredictable discography; title aside, which references a method of Japanese ritual suicide, That’s Harakiri is a schizophrenic trip through texture which is even more jarring than its predecessor.

It would be wrong not to acknowledge grime’s influence on Runge’s music, but for the most part That’s Harakiri is a lot more wide-ranging than just a collection of grime tropes. The brief introductory track “Peace” offers the merest hint at grime with its strings, while “I Don’t” combines the genre’s drum programming and hollow bass with a cybernetic structure which is much more alien. “You Were Wrong” might start out with a square wave bassline and speaker blowing drums, but it soon flips to a stuttering melody that sounds like it’s being played from the decrepit piano in the corner of a saloon bar. In each of these cases the influence of grime seems split with whatever musical idea happens to have popped into Runge’s head at the time. The most successful of these grime-inspired tracks is “Great God Pan”, where a monolithic yet melancholic eski lead is interrupted by dilapidated tumble-down rhythms that seem to crumble as they stagger forwards. At almost five minutes long, it’s one of the few tracks that allows Runge’s ideas the time to breathe.

The most enjoyable moments are when Runge largely dispenses with the grime signifiers to create totally unique experiences; “Meshes” is one of the fiercest tracks, sounding more like a outsider’s take on Egyptian electro chaabi than anything else, a satisfying combination of rusty percussion, white noise and distended accordion, while “Don’t Know” delivers something akin to post-apocalyptic dancehall. It’s the malfunctioning industrial approach of “It’s Ritual” that really smacks you around the head with a cricket bat, a combination the kind of industrial music that seemed to soundtrack every Hollywood action movie club scene back in the ‘90s and a steroid-enhanced Timbaland beat.

The tracks that make up That’s Harakiri were apparently recorded in 2011 and 2012, and for better or worse, it shows. There’s no getting around the fact that That’s Harakiri is an album of sketches that can dispense with ideas as quickly as Runge implements them, making for an experience that’s often frustratingly skittish. “Remote Heaven” for example is a curious combination of sombre orchestral ambient and rancid techno, while “Peaked” is like the sound of several Autechre productions spliced into one very short spool of tape and fed through a reel to reel, both of which feel like they’re packing in too many ideas, something also evident in “Gutter Vibrations”, which dispenses with almost any kind of recognisable structure, hanging bell samples off an increasingly frantic combination of spliced rhythms and percolating sounds. Taken as a whole however, they add to the effect of a bewildering debut album which displays some tantalising hints of genius.