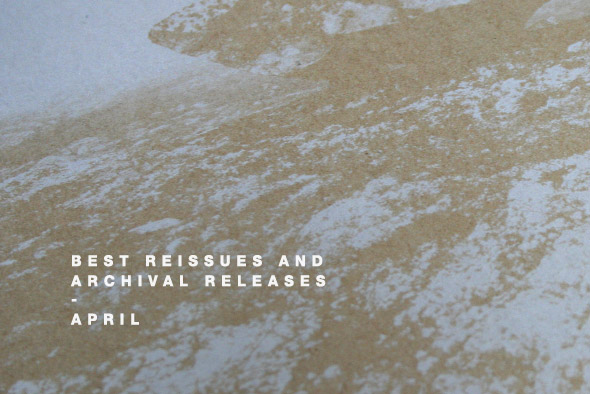 Records from Dark Entries, Minimal Wave, Arc Light Editions and more are among April’s selection of the best reissues and archival releases.

For some music lovers, April is probably the best month of the year for reissues thanks to Record Store Day, which brings with it a number of bespoke editions designed to appeal to casual buyer and hardcore collector alike. This year was no different, with under appreciated material such as Life Without Buildings’ Any Other City and Peter Zummo’s Lateral Pass among the choice picks for those who were able to brave the crowds on April 19. Of course the hype and controversy surrounding the event means that releasing any record in the month of April, let alone a reissue, can result in some non Record Store Day exclusives being lost in the deluge.

It’s with this in mind that the best reissues and archival releases picked for April look outside of the Record Store Day exclusives which will have already had many words written about them (and are probably unavailable by now), with favourites like Minimal Wave and Dark Entries fetauring alongside what must be one of the year’s most expensive, yet desirable, box sets. 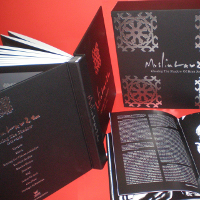 Manchester-based percussionist Bryn Jones coined the Muslimgauze moniker back in 1982 as a reaction to the Israeli invasion of Lebanon in 1982; each subsequent record from Jones was inspired by a different event in Middle Eastern history, and was an attempt to demonstrate his own feelings on the politics of the Middle East, something that became an obsession until his untimely death in 1999, aged only 37. Jones’ discography under the moniker is vast, with an estimate of 100 albums being made over his lifetime. Most are difficult to get hold of nowadays, and getting started with his output is tricky, however Emotional Response boss Stuart Leath and JD Twitch’s introduction to his work at The Vinyl Factory website is recommended reading.

Jones may have been retrospectively compared to both Shackleton in terms of the dub influence on his sound, and Dominick Fernow’s Vatican Shadow for his occasional forays into rougher texture as well as the politically charged subtext, but Jones’ music is a lot more wide-ranging, moving from an early industrial influence into something much more psychedelic, making his music feel more relevant today than ever. Chasing The Shadow of Bryn Jones 1983-1988 may only make a dent in Jones’ career, and the £217 price tag will make this an unrealistic proposition for all but the most enthusiastic Muslimgauze fan, but for the completists, this ten LP boxset collecting all of the musician’s output from 1983 to 1988 – complete with 208-page book, A1 poster, and 15-track CD compiled By Charles Powne of Soleilmoon – is as important a document of Jones’ work as is currently available.
Listen/buy vinyl 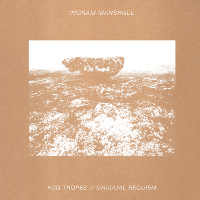 Arc Light Editions started last year with the first ever vinyl version of Arthur Russell’s Another Thought, a surefire way to get any discerning music lover’s attention. Curated by The Wire’s Jennifer Lucy Allan, the label’s philosophy is a simple one: to reissue great records on simple, affordable vinyl editions, with bespoke artwork. The stylised yet simple motif of Russell’s newspaper hat from the record’s original artwork placed on the cover of Arc Light’s Another Thought reissue underpinned the label’s understated approach.

The label’s second reissue project is something a little different, taking the form of a reissue of American composer Ingram Marshall’s Fog Tropes/Gradual Reqieum LP, originally released in 1984. A post-minimalist composer respoinding to the earlier works of Steve Reich and Terry Riley, theis record contains two very different pieces refecting his unique approach. The 10-minute “Fog Tropes” is the star attraction; originally a series of field recordings of foghorns Marshall made around San Francisco Bay, these were added to with a brass section to add a ghostly response to the foghorns themselves, synth and tape delay to create a haunting piece of music in which you feel as if you’re directly in the centre of a thick dawn mist. The five-part “Gradual Requiem” is dedicated to Marshall’s father; the combination of Balinese flute, synthesiser and tape delay create a disorientating piece of composition which is just as emotive as its companion but is quite different in tone. It might still be early days for the label, but on the basis of the two reissues so far, Arc Light Editions is turning into the kind of label to count on for soul-renewing classics from the avant-garde.
Listen/buy vinyl 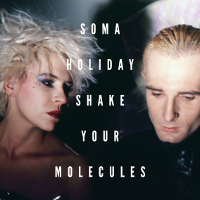 Minimal Wave might be releasing a lot more contemporary material of late – most notably the Want Need EP from Regis and Silent Servant’s Sandra Electronics project, and the brilliant Woodwork LP from Shawn O’Sullivan and Katie Rose’s Further Reductions through the Cititrax sister imprint – but this latest reissue shows Veronica Vasicka’s commitment to uncovering classic material hasn’t slipped. Shake Your Molecules has everything in place to make it a quintessential Minimal Wave release; originally released in 1984, it was the only record of Franco-American duo Soma Holiday, who were based in Brooklyn’s Williamsburg district in the early ‘80s, decades before it became the hotbed of creativity it is now.

Shake Your Molecules was recorded at Manhattan’s Unique Studios – notable because it was the first studio in NYC to be fully equipped with MIDI capabilities. This, and working alongside Arthur Baker protege Jay Burnett lent their synthwave direction a touch of the era’s NYC electro and hip hop sound, and it’s this unique collision of austere French electronics and NYC groove that makes Shake Your Molecules such a unique piece of work. Jane Honicker’s vocals may have that same kind of robotic stop start quality of much comparable music of the time, but the cybernetic beat underneath is nevertheless characterised by a distinct hip hop swing. It’s something also audible in the more melancholic “Art Dimension”, whose mournful synths are totally at odds with the rhythmic flex underneath. If nothing else, it’s a fascinating document of two genres colliding in an unexpected way.
Listen/buy vinyl 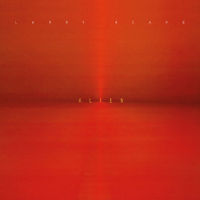 Alien is the latest fruits of the recently formed distribution partnership between Larry Heard’s Alleviated Records and Clone, who last year reissued remastered editions of Heard’s work under the Gherkin Jerks moniker. This latest Heard reissue is about as far from the simplistic, angular jack tracks on those records, and is equally distant in tone from his seminal deep house productions. Visually, the sleeve suggests the inspiration of Ridley Scott’s film of the same name, but the tone is much more expansive and optimistic than that claustrophic exercise in horror, being much more in tune with the utopian science fiction of Arthur C. Clarke across its restorative new age tones. In retrospect some of the music might sound a little like they’ve been lifted from dated CD-ROM menu screens, but like much of Heard’s material, it’s hard to resist the uplifting message behind it.

Given that this record was made in the ‘90s, it’s perhaps unsurprising this sense of optimism is so strong; a production experiment centred around a Korg O1/W workstation keyboard, you can sense Heard exploring the infinite limits of this new technology, especially in the drifitng “Faint Object Detection” and quasi-new age FM chimes of “Cosmogonic Myth”. Having said that, it still feels very much like a house record; “The Dance of Planet X” may start out with a serene expanse of nebulous pads, but the chords and keys that slowly wind their way in are classic Heard, while the interstellar lounge of “Flight Of The Comet” is pitched somewhere directly between grounded Chicago house and futuristic in-flight music. Whether there’s any connection or not I’m not sure, but at times, it’s strongly reminiscent of the music Space Dimension Controller would come to make, albeit without the tongue-in-cheek narrative gimmick running throughout. Like all Heard material, Alien is as classy as it comes.
Listen/buy vinyl 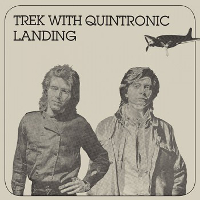 It’s only the fourth month of the year, but this marks the third appearance of San Francisco’s Dark Entries label in this column, whose unerring commitment to reissuing lost classics puts most of the competition to shame on a monthly basis (the recent announcement of an album from Alden Tyrell and Ingmar Pauli’s Sumerian Fleet project shows they’re not slacking on contemporary music either). Once again the label have released three records in one batch, leaving me to choose which one I like best (thankfully Cute Heels’ Spiritual isn’t a reissue, making the decision a little easier). Although London outfit Ski Patrol’s Versions of a Life will satisfy the ’80s post-punk fanatics, it’s Trek with Quintronic’s Landing Plus that resonated with me more.

A duo comprised of Paul Wilcox (Trek) and David Kane (Quintronic), the duo formed following the dissolution of the prog rock band Masque in 1979, relocating from Buffalo, New York to New Hope, Philadelphia, hoping to make the most of their contacts in the Philadelphia music scene. The duo recorded two albums, Landing in 1980, and Trek with Quintronic in 1981, both of which are repressed and remastered by Dark Entries in this double set. Coming out of the time of prog rock and moving into the age of the synthesiser, the duo utilised Roland CompuRhythm CR-78 drum machine,Yamaha CS-60 and Minimoog along with effect pedals and guitar, and the resulting sound is almost directly between the ‘70s output of David Bowie and synthwave – something that is, surprisingly, a lot more palatable than it sounds.
Listen/buy vinyl