Varg next up on Semantica 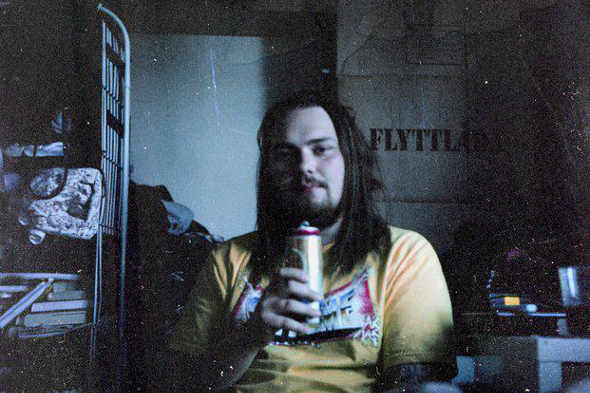 Varg will always be remembered as the artist who launched Abdullah Rashim’s Northern Electronics. He’s slowly surfaced out of Sweden’s shadowy tape scene with releases on Funeral Fog and Periferin – a label that’s also released music from NE artist Råd Kjetil Senza Testa – before grounding himself with the deep ambient techno and acid-bliss of the Misantropen LP. He’s also part of Dard Å Ranj Från Det Hebbershålska Samfundet, or D.Å.R.F.D.H.S. for short, which was recently remixed by MRSK and Andreas Tilliander’s respective newer pursuits Smell The Flesh and TM404 for a release on Clan Destine.

Following his work as Ulwhednar with Rashim, his second solo vinyl release comes via Semantica, proving once again Svreca’s finger is always on the pulse. In recent times Svreca has provided pedestals for the music of other techno artists like Vril and Stanislav Tolkachev, deservedly projecting their music to a wider audience, and now he’s doing the same for Varg. The Gravrösens Bortglömda Band EP sees more floating ambience, spatial acid and smoky techno we’ve come to expect from Varg and all four tracks can be previewed below.