Records from HTRK, Killing Sound, Local Action, Studio Barnhus and a Hague-inspired contingent were among the week’s gems.

The return of HTRK is something which we’ve been waiting eagerly for since we interviewed the duo over two years ago, and thankfully we weren’t disappointed when we finally got Psychic 9-5 Club into our hands. As well as having some exquisite artwork (shown in the most recent Best Record Sleeves column), the music is just as evocative, combining elements of early industrial, minimal wave and synthpop into a very individual whole. The new self-titled Blackest Ever Black transmission from Killing Sound was just as transcendental a record, with Young Echo members Amos Childs, Seb ‘Vessel’ Gainsborough and Sam Kidel coming together to fuse dub and noise together into one chilling whole across four tracks pressed across two slabs of wax.

To say that Todd Terje’s debut album is “long-awaited” is something of an understatement. After 10 years at the top of the Norwegian disco scene It’s Album Time finally arrived, and it’s every bit as good as the singles which have preceded it. On a completely different side of the coin from synthetic disco of a sunny disposition was the latest release from the ever-surprising RVNG Intl, which came from doom metal duo The Body. Featuring production assistance from Tri Angle artist The Haxan Cloak, I Shall Die Here is a viscerally bracing combination of metal and electronic elements unlike anything else we’ve heard this year.

The shattered, reconstituted fragments of the hardcore continuum were strong this week, with no less than five killer records doing familiar things in unique ways. Top of the list was DJ Q’s debut album Ineffable on Local Action, which is about as bright a journey into UKG and contemporary club sounds as you could expect from the veteran bassline producer, as well as being the most unlikely pop album of the year. It was joined by the Trust Again remix EP featuring grime re-rubs of the track from Rabit, Inkke and Major Grave, and a killer dubstep version from Compa. Nightwave made a welcome return with Hit It on her Heka Trax label, which saw her combining footwork rhythms with her signature 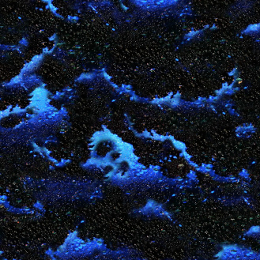 palette of technicolour sounds with a pleasingly synthetic flavour sitting somewhere between Timbaland and contemporary trap. Evian Christ’s Waterfall EP for Tri Angle also arrived on vinyl, displaying a combination of big room hip hop production and more experimental leanings which showed a clear progression from his Kings & Them mixtape released in 2012. For us though, the most enjoyable record of all was Acre’s Burning Memories on Pinch’s Cold Recordings, which saw him forging his own path through the intersection between jungle, techno and grime across four tracks, falling somewhere between the recent work of Beneath and Mumdance.

The week also saw a slew of great house records, with Idle Hands welcoming another local name into the fold in the form of Shanti Celeste. An increasingly well-respected selector in her native Bristol, Celeste follows up a fine debut for the BRSTL imprint last year with Days Like This, a record featuring two examples of the kind of yearning, soulful, yet effervescent deep house that she’s well known for. Slightly more esoteric in its approach was the Transit 12″ from Baba Stiltz on Studio Barnhus, with the title track sounding like a vintage production from ’80s Detroit, and “Principles” probably the most naively feelgood house track of the year so far. It’s something also seen in the spiraling melodies of Dauwd’s Kindlinn, which saw him decamp to the esteemed Kompakt for possibly his most brilliantly realised three tracks to date. 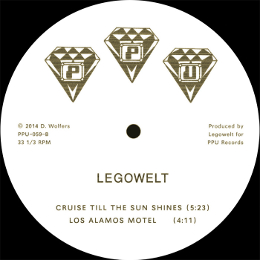 Perhaps the happiest coincidence of the week was the surplus of records emerging from the lowlands of The Hague, or just from those inspired by its sound. Los Alamos Hotel, Legowelt’s debut EP for PPU was top of the pile, with the producer channeling a much grittier ’80s vibe than usual, especially on the slo-mo vibes of “Puzzles In Life”. This was joined by the first volume of The Exaltics’ Some Other Place series on Clone’s West Coast imprint; The first six-track installment finds the producer in a more introspective mood than some of his recent dank squat party electro. For those looking for some true Hague style club fodder, Golden Pudel residents Helena Hauff and F#x’s Black Sites project appeared on a split 12″ for Panzerkreuz with rising local talent Ghetto Gem, containing three tracks of raw acid electro primed for basement use.

In other techno spheres, the Stroboscopic Artefacts debut of Italian hardware enthusiast Chevel stood out a mile. Unlike many of his staunchly analogue peers, there’s a real sense of care and craftsmanship present in the tracks on One Month Off, which at times sound like they must have been digitally processed such is the fine detail and experimental finesse on display. This was joined by the vinyl version of Kangding Ray’s excellent Solens Arc album, which showed off the producer’s contrasting lightness of rhythm and dense synthetic palette across four distinct “arcs”. More devastitng sonics were present on J. Tijn’s Ilgd single on Overlee Assembly, which showed him to be a growing talent in the world of overdriven industrial techno, while Australian duo Gardland returned with more Improvisations on RVNG Intl, offering three more of the duo’s arid hardware jams spanning the divide between experimental music and techno.