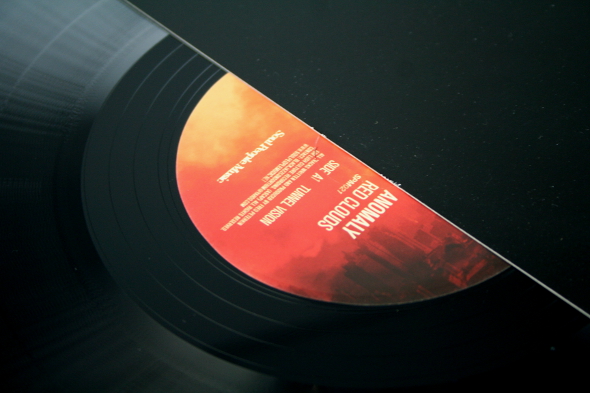 As anyone who has seen Fred P DJ at peak time will attest, the man isn’t afraid to embrace his inner techno demon. It can come as something of a shock to those enchanted by his deeper-than-your-average deep house, but when the man wants to flex some tough rhythmic muscle he can do so with the same assured quality that permeates his production. It’s a pleasure then to catch wind of his self-proclaimed techno side project Anomaly scoring a full 12” release, following a brief appearance on 2011’s C.O.M.E compilation. That track, “Above Below”, features again here on the B2 in recognition of the fact it may have been overlooked before. 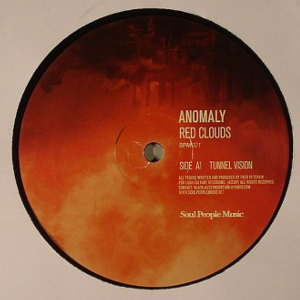 As becomes apparent, the brand of techno that Fred indulges in on this record is not as removed from his house output as might first have been thought. The way “Tunnel Vision” kicks off, you might be forgiven for thinking things are about to get rough in the Soul People establishment, but instead the track unfurls with as much grace as any Fred P cut, a feisty kick and rasping hat still finely shaped and balanced in the mix while the threads of melody drift in from the far distance. Compared to the more trademark harmonious pads and chords, the synth line that forms the centre of “Tunnel Vision” is a touch discordant, but it still glides with the weightless quality that permeates so much of Fred’s work. It’s a simple track that evolves gently over eleven minutes, occasional peaks of rhythmic content locking into a technoid groove that does start to match up to the premise behind the release. In all honesty, this cut could be simply a tougher Black Jazz Consortium track and no-one would question the labeling, but such concerns are trite in the face of the music itself, which shows Fred to be on fine functional form.

“Dark Room” too kicks off on a pattern that could head into all manner of heated dancefloor stompers, but instead cools out into a cyclical groove underpinned by spooky pad swells and crafty blasts of metallic chords. It’s a hypnotic excursion that bristles with controlled energy, even if in the grand scheme of techno this errs very much at the deep end of it.  “Above Below” is instantly redolent of Fred’s usual style, not least thanks to the plush swathes of strings that come cascading down over vintage electro machine chatter on the lead in of the track. As you would expect, the teasing intro never fully drops away but rather gets bolstered by the addition of a subtly shifting kick drum and eventually a sharp snare. In these hands such simple approaches speak volumes, and it just goes to show when the delicate extra string note over the top of the others adds a rousing emotional enhancement to the final few minutes of the track.

On Red Clouds as much as any of his releases, what shines through is the gift Fred P has for expressing a lot with very little. With simple looping elements whole tomes of thoughts and feelings come drifting out of the speaker where so many would struggle to say anything at all. It can’t be denied that there was a great appeal in the idea of a ‘techno’ orientated release showing a vastly different side to his musical persona that reflected the intensity of his DJ sets, but this reduced and refined approach is so intrinsically in his blood that it’s hard to fathom him deviating from it altogether. That of course is what gives rise to the perfection he attains in his approach, but it will never stop the curious listeners mind from wandering when given a chance.

A1. Tunnel Vision
B1. Dark Room
B2. Above Below