Central Executives – A Walk in The Dark 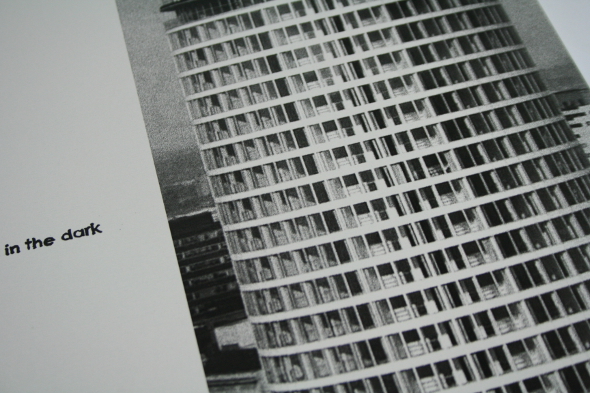 I stumbled on my first Golf Channel Record years ago in a tiny, humid 3rd floor Osaka record shop. I was making awkward small talk with the owner in my best half-assed Japanese when I found a copy of M.E’s “R&B Drunkie” – a white, unadorned sleeve with their instantly recognizable mountaintop logo peeking out. The memory of finding that record stays with me, and not only because I still pack “R&B Drunkie” in my vinyl bag on a regular basis. Instead, it spoke to how Golf Channel manages to preserve their work in a vacuum of intrigue – not a “who-could-this-masked-DJ-possibly-be?” sense, but instead, every project takes joy in a degree of anonymity and obscurity: the joy of unearthing something unhinged from time and place.

You can see it in Justin Vandervolgen’s playful Try to Find Me edits, or Spike’s woozy time-bending Balearic chords – these are tracks that jump around history. Are they from 2011 or the early ’80s? If it weren’t for the internet, there’s a chance you’d never know. So, enter the label’s latest LP from supposed NY collective The Central Executives, whose project could’ve formed weeks ago, or perhaps be unearthed recordings from a loft party that went a few weeks longer than planned back in ‘87. Sure, if you’re fastidious about details, you could search about the mysterious “Rogue Cat Studios” that the album was recorded in for hints. But regardless of when it was actually recorded, there’s a live-recorded exuberance that’s part Arthur Russell, part ACT UP protest, part disco-punk ensemble ironing out the kinks in their act in some Queens basement with black mould spreading all around the ceiling.

There’s obviously quite a few disparate styles at work in A Walk in The Dark, but nowhere do they gel better than on “Loveray 79” (the year before America knew the face of HIV, coincidentally) which gives the gritty sugar rush of a ballad backed by cowbells, chunky piano chords, and softly cooed vocals. It sounds like dusk, concrete, neon lights, Manhattan before gentrification, crappy $1 pizza slices, fishnet stockings, that unique taste of New York pollution smacking your mouth every time you inhale. There’s a striking resemblance to the DFA remix of Goldfrapp’s “Slide In” at work with the interplay between cowbell and piano, but even as the album’s most polished cut, the jagged bongos of “Loveray 79” keep it a bit grungier than most of Mr. James Murphy’s productions.

“Dance, Dance, Dance” is a sultry fempowerment cut that references Chic in name only. The intricate percussion patterns take a backseat to the growl of the lead singer, whose delivery of the line “you try too hard baby” might as well be direct commentary to anyone else trying to nail that “New York” sound.  “Take You Home” holds a dense-packed house thump in the spaces between a ballad about one-night stands, but the track’s transcendent moment comes when things transform from sexy to emotional halfway in. “I was wondering if you sleep alone” unexpectedly conjuring the uncertainty and vulnerability of the Wamdue Kids jazz mix of Ananda Project’s “Straight Magic”.

There’s plenty more emotionality to unearth in the dusty chords of “Velvet” or the tweaky drums of “I Wanna”, and these little moments are what prevents the LP from sounding as balls-out as a Golden Teacher or In Flagranti record.  Once “Power Point” cues up, it’s hard not to think of a drunken Arthur Russell, or a horde of vermin running around a synth shop after midnight. But even in it’s most out-there moments, the glitchy drum machines running the track keep a skewed sense of coherence that sounds all the right kinds of wrong.

Golf Channel has called this record “the back street escapism these troubled times demand”- and maybe escapism is the word that encapsulates the timeless anonymity of my favourite Golf Channel offerings. In any case, A Walk in the Dark is an absolute burner of an LP – there’s not a single moment on it that doesn’t reveal something new with every listen, and for all its retro influences, it’s still packed with surprises. It’s the gruff bodega owner who starts smiling at you after figuring out that you’re queer, but only when no one else is around. It’s smoking inside, it’s someone’s radio blaring out the window, it’s Broadway before Disney bought out all the bars – it’s New York.