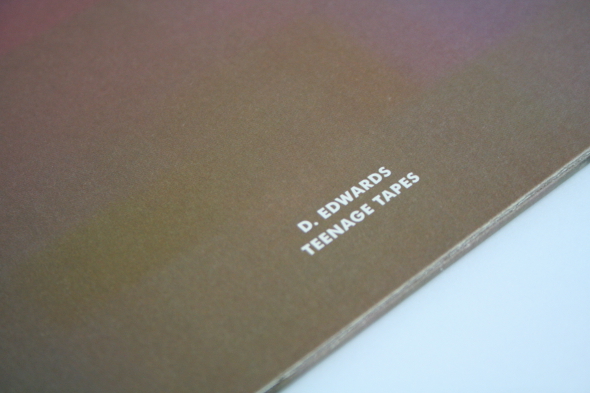 The real mystery for me has not been the true nature of Delroy Edwards’ identity, but just why the producer would seemingly find inspiration in the name of a convicted killer and drug dealer for his production alias. Despite the gritty, saturated take on ghetto house, when Edwards first appeared on L.I.E.S. in 2012 with 4 Club Use Only, there was little to suggest where the dark moniker quite slotted into the producer’s mythos. Although the Delroy Edwards mystique might have slipped somewhat in the time that has since passed, the consistently sadistic streak that runs throughout the Teenage Tapes LP might go someway to filling in some of the gaps. 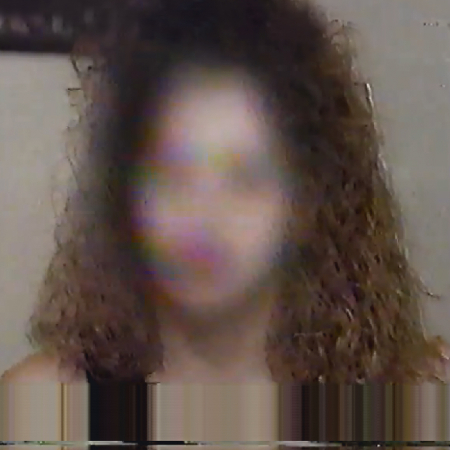 The dark tone of Teenage Tapes is perhaps unsurprising given that it arrives courtesy of Boomkat-affiliated The Death Of Rave, a label which has seen releases from Mark Leckey, Merzbow, Kareem and Powell to date, all of which have pushed into challenging sonic territory in a thoughtful manner. Teenage Tapes – despite coming from a producer known for his slamming house productions – is just as obtuse, being split in half between tracks the producer made at art school with a guitar pedal and reel-to-reel tape, and tracks made more recently with an SH-101 and drum machine that didn’t quite fit in with his material for L.I.E.S. and his own L.A. Club Resource label.

“A1” is a case in point; a gutteral drone miniature that sounds like the noise of somebody’s gold fillings being drilled straight of their skull, it’s a far cry from Edwards’ club tracks, which although gritty, weren’t quite so ear-splitting. “A4” sounds like a malfunctioning engine ticking over, the sound of an amplified hum which slowly dies as its batteries runs out. “B1” is the most extreme track of the lot, a tortured mass of vocals which sounds like a cross between Wolf Eyes and Napalm Death. It’s difficult to know exactly which tracks are from the producer’s teenage years, but I’d put money on this one being one of them – it’s equal parts youthful experimentation and teenage angst forced through extreme distortion.

It’s interesting to hear Edwards’ take on noise, but they definitely feel like incomplete sonic experiments. The more compelling tracks on Teenage Tapes are the ones presumably made more recently. “A2” combines angular drums with a gothic synthscape which could easily be mistaken for a lost minimal wave classic, while “A3” has the sinister melodic quality of Angelo Badalamenti’s “Laura Palmer’s Theme”, albeit with a structural progression that feels like hardcore punk. “B2” is perhaps the most recognisably Delroy Edwards thing on the record due to its acid bassline and rimshot-heavy rhythm, but there’s a level of sluggishness and grime that goes beyond his usual sound. “B4” is the most unexpected of the lot, a track that could almost be mistaken for ‘80s synthpop if it had some appropriate vocals to go with it. Although these tracks may have been made more recently, there’s still something appropriately teenage in the way they each seem to naively try to recreate different genres with limited tools.

Despite this it’s hard to shake the feeling while listening to Teenage Tapes as to whether we really needed to hear any of Delroy Edwards’ early hardware experiments. Teenage Tapes is certainly an intriguing document that shows the seeds for the current lo-fi house and techno trend go back further than anyone might have thought, and it’s interesting to hear the producer spread his wings a bit, but equally they show up just how much more fully realised his more club-focused material is in comparison.