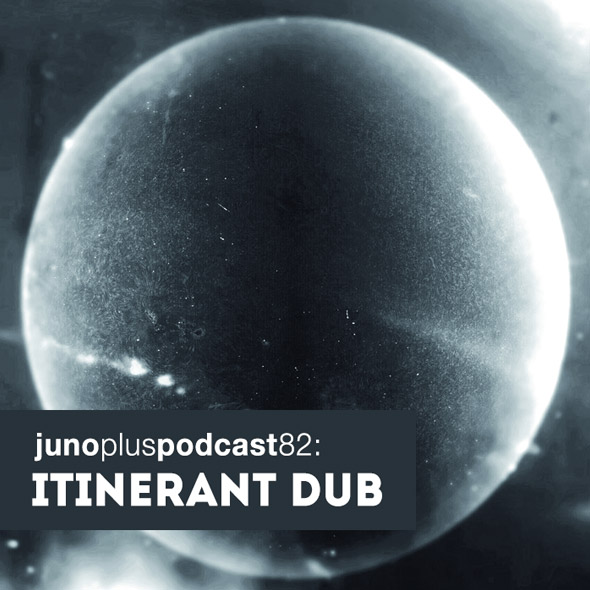 The anonymous dub-inspired project illuminates their practice with a mix of broken beat, jungle and raw techno.

In the ever-increasing world of anonymous, vinyl-only projects, one stood out for us last year: Itinerant Dub. With hand-stamped techno and and the number of new labels reaching saturation point, the unique approach taken by this duo stood apart. Across three self-released 12”s, Itinerant Dub took the raw, hardware-driven approach taken by the likes of The Analogue Cops and most of the L.I.E.S. crew and flipped it on its head, creating a more dubwise spin on the aesthetic which recalled early Skull Disco or the recent output of the Livity Sound trio. Despite these comparisons, the Itinerant Dub sound is very much its own thing, with a signature crunch that could owe as much to early grime as it does to their production techniques. In a climate where everyone seems to be making straight-to-tape music with analogue gear, it’s surprising just how fresh the Itinerant Dub approach feel – track titles like “Jack The Dub”, “Hypnotic Jungle” and “Flipped Out Tango” should give you some idea of what to expect.

Only the label’s distributor Honest Jon’s has offered the most concrete clue to their identity thus far, describing the duo as “a new London-Berlin collaboration”, but the duo do admit that they are known for producing house and techno individually. For the duo, the project was born out of a desire to avoid the 4/4 kick drum, and to push the BPM out of house and techno’s usual 120 – 130BPM comfort zone. “Itinerant Dub came about from our common need to explore new fields in electronic music,” they explain to us via email, “pushed by our common passion for dub and all other music around it.” As well as dub, these other influences include broken beat, jungle, drum & bass, UK garage, UK funky, hip hop and ambient, with artists like Luna-C, Congo Natty, Lee Perry, King Tubby, Goldie, Dego, Basic Channel, Dillinja and Horsepower Productions among the project’s inspirations alongside straighter techno influences like Jeff Mills, Robert Hood and Drexciya.

Although the music of Itinerant Dub engages with all corners of the hardcore continuum, it’s the music’s comparative warmth that sets it apart, something tied in to the project’s conceptual approach, with its name supposedly reflecting the music’s wandering quality. “We define each Itinerant Dub track as an imaginary itinerary,” they explain, something reflected in the consistent artistic thread running through each release, which seem to depict far off planets glimpsed through a telescope. “Theres a strong connection with the music and the artwork,” they continue, “we wanted to recreate the feel of the musical journey through the art”. It’s something most obvious on their next record, whose A-side track features a 13 minute jam which takes their music into stranger territory than ever before. Classic dub may be a touchstone for their work, but their music is imbued with much more frazzled chaos.

When quizzed about their desire to stay anonymous, the duo stated that they “don’t want to rush things as we are both involved with many other projects of our own. As we are both known for our solo productions, we didn’t want to give the music a straight connection to a specific artist or scene – this way we can see the natural impact of the music on people and see how it develops.” The project will continue apace this year with the imminent release of the duo’s fourth self-released record, while they also have plans to release a limited 7” on Record Store Day featuring two tracks with more of a “breaky hip-hop approach”.

Having been so roundly impressed by the duo’s records in 2013, and given their reluctance to reveal too much about themselves, we thought it best to approach them to join our podcast series, with the aim of seeing what kind of music made the project tick. Their 83-minute mix is just as wide-ranging as their influences would suggest, with broken beat, dub, jungle and their own productions mixed in the spirit of their productions, with turntables, a rotary mixer, TR-808, Juno-6 and echo effect all being recorded through an analog desk.