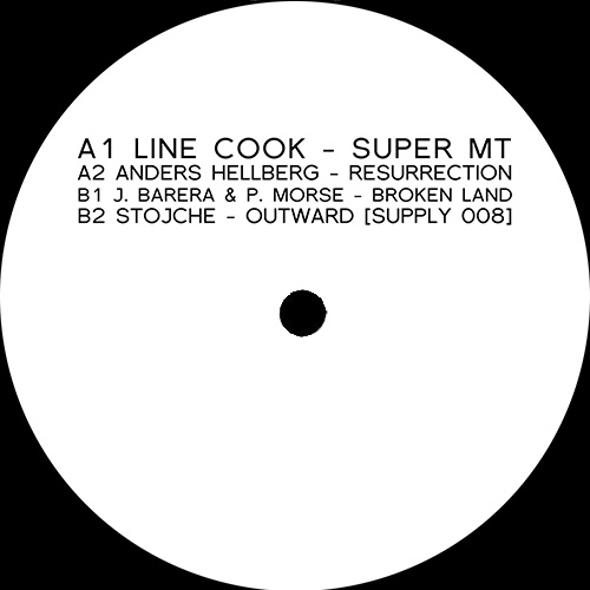 The Euro-American label welcomes a host of new names for their first various artists 12″.

Supply Records is run by John Barera and Soren Jahan, both of whom collaborate together under the name B-Tracks, while the latter is best known as René Audiard and also runs the hotly-tipped Blank Slate label. Despite that fact that Supply Records released Audiard’s peculiar and techno powered Pechorin LP, the label is making a name for itself as a housier, disco influenced alternative to the club-geared Blank Slate.

So far Supply has remained a relativity in-house label, with releases so far coming from John Barera (another of Jahan’s aliases) Mechaniker, B-Tracks, and the recent Yen EP from John and Will Barera. It’s only now that Supply expands its artist roster by introducing four new names on the Supply 008 12″. As well as a track from Line Cook, who appeared on Basement Floor Records’ debut release last year with Elbee Bad, there’s also music from Anders Hellberg who launched Golden Gate Club Records (affiliate label of the Berlin club of the same name) with his debut EP, and John Barera, who teams up with Paul Morse for the funky “Broken Land”. Techno producer Stojche then provides some Shed-heavy kick drums with his track “Outward”. Take a listen for yourself with the previews below.