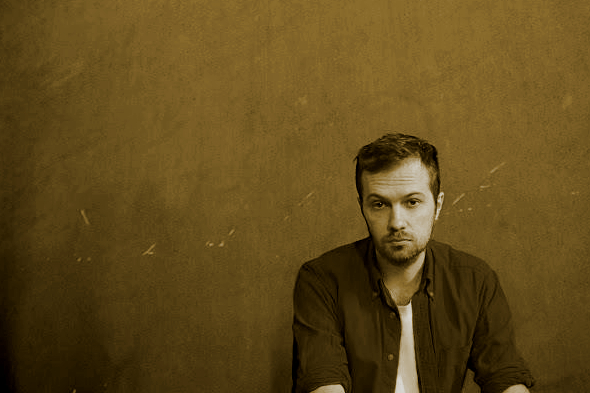 We quiz the Parisian about his new label Odd Frequencies.

Clement Meyer is known primarily for Get The Curse, which has made one of the more successful transitions from music blog and party to fully fledged label in recent memory. Records from the likes of Crackboy, Photonz, Raudive, Low Jack, and Thomas More have helped Get The Curse establish its own identity within the context of the Parisian techno scene, and it’s arguable that the label have become increasingly more willing to indulge their esoteric side. With Get The Curse fully established, news now comes our way that Meyer is starting a new label called Odd Frequencies, which much like GTC seems to have been borne out of the creative energies around another existing endeavour of Meyer’s, namely a radio show of the same name.

Established last April and newly housed on the recently formed Rinse France station, the monthly Odd Frequencies show allows Meyer the chance to play everything from Steve Poindexter to In Aeternam Vale and Ike Yard via Prostitutes and Dresvn, and this all-encompassing, experimental approach has seeped into the new label. Each release will arrive in 10″ format and the inaugural release pairs original productions – or “mutant bombs pushing the drum machines to their limits, as if Steve Poindexter was making punk music in 2014” as the label put it – from recent Get The Curse debutant D.K. and rising Irish artist Lumigraph.

Due next month, the Untitled 10″ can be previewed below, and Odd Frequencies also plan to release mini EPs on the 10″ format. To gain a better idea of what to expect from Odd Frequencies, we asked Clement Meyer a few questions.

Odd Frequencies began life as a radio show, what was the motivation behind expanding it into a record label too?

Odd Frequencies has been indeed a radio show before going to a label. The first episodes have been recorded at Red Bull Studios last year. Basically, I just wanted to feel more free in my selection, do something different than the usual “podcast DJ mix” and go to more “experimentation” (even if I hate this word in music). As a DJ and music fanatic, I’ve always been fascinated by the existing bridges between different music styles, periods or aesthetics. I just wanted to dig into my influences, play some lost tunes and connect them to current tracks. I want the people to have fun by discovering incredible music in the radio show. Now this adventure is moving on Rinse France on a monthly basis and I’m starting a label with the same spirit.

How is Rinse France working out so far?

I think this is a very exciting project. It aims to unify the French scene and make it more visible for other countries. The French scene is totally burning now – new producers, new crews, new young labels – everything is growing fast! But what’s happening is very young. I don’t want to talk in the name of the those who conceived it, but in my view, this project will have a unique role in the development of the scene.

With regards to the label, why have you chosen to work with the 10” format exclusively?

In a way, this is a perfect format because it bridges a lot different music, like the 7″ of punk rock or synth wave and the 12″ of techno tools. It also totally makes sense with the original concept of the radio show. Also, you can experiment but you also need to go straight to the point since you have less time than with a 12″. Hopefully this constraint will help to be more creative.

Do you have a particular favourite 10”?

I’m in love with the sub-label launched by Invsation Planete called Zusammen. The first EPs blew my mind!

There’s an interesting concept to it as well, do you feel there is enough untapped French talent to ensure Odd Frequencies has a long life?

We’ll see! And I don’t plan to make another new French artist for every new release. But I think this is interesting when a label represents its city. I hope I’ll be able to do that with Odd Frequencies. I don’t want to sound like Berlin or Detroit – I just want to sound like Paris, because this is my city.

Having said that, there’s another concept inside Odd Frequencies with those split EPs between one local artist and one international artist. We should have some nice things coming up.

With that in mind can you reveal who else is going to participate over the coming months?

Sorry, but I’m a bit superstitious! I’d rather reveal extra names a bit later. About, the first one, I’m excited to release the fantastic music of two buddies and two amazing artists: Lumigraph and D.K.

Obviously Get The Curse will still live on too, what plans do you have for that this year?

Of course, Get The Curse still does exist. The label is four years label now, and there’s also my residency name at Rex Club. It’s a more “club” oriented label, although the last releases paved the way for Odd Frequencies. New EPs will be released even if I must admit Odd Frequencies is currently my favourite playing field. I’m looking forward to having fun with this new label.

Odd Frequencies will launch with the Untitled 10″ by Lumigraph/D.K. on March 9.