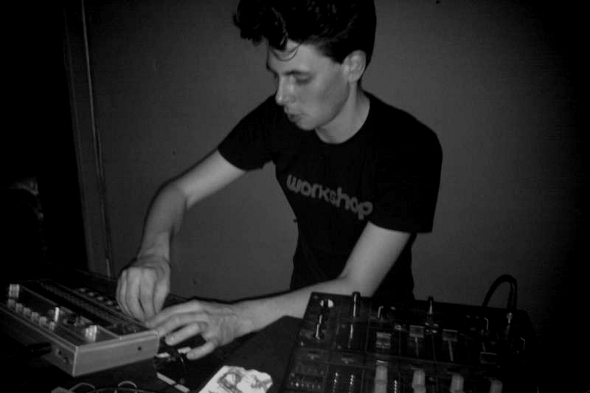 Long overdue double LP surfaces on the German label with minimum of fanfare.

Crumbs of news regarding an album from the Leipzig-based Kassem Mosse, real name Gunnar Wendel, have been filtering through the channels for a few weeks, with Workshop alluding to its existence on Facebook and the artist himself dropping hints via his wonderfully obscure Twitter feed. It’s entirely in keeping with both artist and label that the album, titled simply Workshop 19, should surface online in a quiet, understated manner, and is available now through the Workshop affiliated German fashion and design label Airbag Craftworks.

Wendel has previously flirted with the album format in various guises, issuing a cassette tape as The Siege Of Troy through his own Ominira label last year as well as completing what many see as a mini LP in the KM/MM record for The Trilogy Tapes with fellow Leipzigger Mix Mup. Workshop 19 can however be considered Wendel’s debut album proper under the Kassem Mosse handle. Despite its ready availability, Workshop have not revealed the tracklisting for the album, though it does come “with extra artwork print, shrinkwrapped in heavy duty debossed workshop logo cover”. We are hoping that the promised Workshop 17 doublepack from Even Tuell is not too far behind!

Workshop 19 by Kassem Mosse is out now on Workshop.