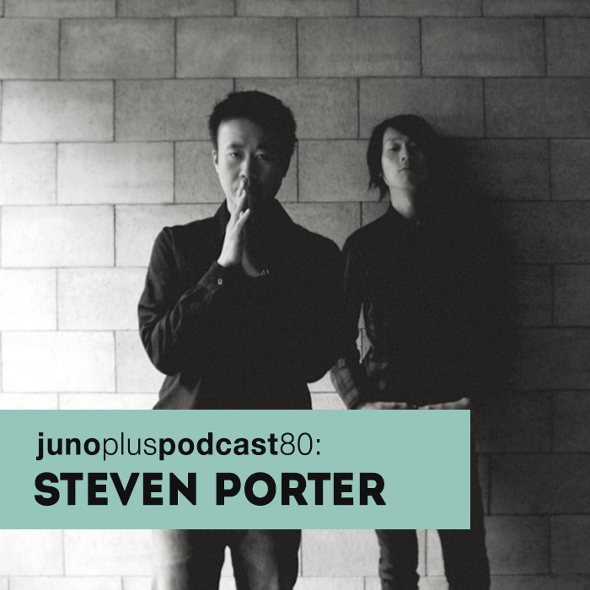 Given the Anglo-Saxon name, Steven Porter is actually a duo made up of Japanese pair Yuji Kondo and Katsunori Sawa. Together they have released the one solo LR EP for the experimentally inclined German drum and bass and musique concrète label Weevil Neighbourhood. That was back in 2011, but before their debut, Steven Porter surfaced twice on Svreca’s Semantica in remix form, transforming the Spaniard’s own “SS09” into a rigid barrage of industrial down beats, while providing something slightly groovier, remixing Jimmy Edgar’s “Sleight Of Mouth” as part of the two Private 12”s the Detroit producer released on Semantica in 2010.

Individually, Sawa has maintained a spectral existence, only providing Weevil Neighbourhood with the beastly atmosphere of The Two Legs EP, while Yuji Kondo’s remixing skills in the last 12 months have been recognised by labels like Fifth Wall and Ali Wells’ Perc Trax, with a shredding remake of Sawf’s post punk-inspired “Menete”. In terms of solo work Kondo is yet to release a record under his own name, but he did recently team up with George Par for the split Man No Shadow EP. However, it’s his Ducerey Ada Nexino alias which has demanded most attention, with the Summoning Sequence / Guide split 12” with Serbian producer Scalameriya and the immense the Kill Centre release on Japanese cassette label Sludge Tapes that are his most notable releases to date.

Kondo’s heavily compressed brand of techno seemingly strikes fear into the minds of Europe’s techno elite, with people like Henning Baer suggesting the Kyoto-based producer’s music is too fierce, even for his hardened tastes. Kondo’s stylized ferocity can perhaps best be heard in his remix of DJ Skirt’s “Tumulto”, again released on Semantica last year, which the Birmingham-based producer used to open her set in London last weekend. Kondo also runs 10 Label, whose first release was the various artist MU EP featuring productions from Steven Porter, Ancient Methods, Vault Series and Ann Aimee’s Sawlin, and one of the most disorientating spoken word pieces in existence, a club-remastered version of Anne-James Chaton’s nightmarish stanza, “Évenément27”, taken from the Frenchman’s Raster-Noton album Événements 09.

10 Label’s second EP took two years to materialise, this time featuring tracks from Perc, Dalhous, Mathew Herbert, and Steven Porter, which was described by Richard Brophy as “a mix of tracks that skirt sideways around modern conventions and popular tropes.” Steven Porter’s podcast for Juno Plus is best described as eclectic and obscure, with the only instantly recognisable names in the tracklist being Australian duo Gardland, and Nirvana. It does however include some other notable inclusions from Not Not Fun’s Ensemble Economique, Mark Van Hoen as Locust, a forgotten gem from one of Madonna’s early pursuits Emmy & The Emmys, and some doom metal from English group Electric Wizard among many other gems.