The return of Actress loomed large over music from the likes of Pangaea, Magic Mountain High and Pye Corner Audio this week.

If the press release is to be believed then the long awaited Ghettoville could well be the swansong for revered producer Actress. If so, then it will perhaps go down as the most oblique statement of a challenging career. A follow up to 2008’s Hazyville album, its 16 tracks of cubist techno and electronics drip with hiss and distortion, taking his sound into its most enveloping place yet. Hardcore fans with money to spare should check the deluxe box set edition, which also contains a vinyl edition of debut LP Hazyville and art book alongside the new LP itself. This week also saw the release of the At Disconnected Moments LP from similarly low key figure STL. Like Actress, the producer has made a career out of making crumbly techno sketches, but this album for Smallville feels like his most robust collection of tracks for some time. Those who like their techno a little more dancefloor friendly however 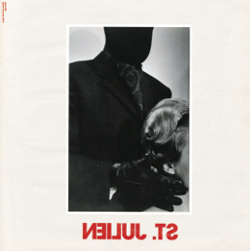 should check the new album from Detroit veteran Terrence Parker on Planet E. Entitled Life On The Back 9, it’s his first long player since 1997, and one that pulses with all the energy of Detroit’s second wave.

There week also saw a clutch of essential 12″s, headed up by the surprise metamorphosis of Funkineven into St Julien. Issued on his Apron label, the self-titled 12″ sees him dipping into his minimal wave and primitive electronic influences to deliver three tracks, of which lead cut “Jupiter” sounds like an aggravated Das Ding on not enough sleep and too much coffee. Martyn also returned on his 3024 label with a new issue of his classic “Vancouver”, using the opportunity to include a rare remix from Shed under his Head High alias, turning it into an all-encompassing house roller. Coincidentally, Vancouver is the home of the increasingly prolific Mood Hut collective, whose members House Of Doors and Kinetic Electronix made a guest appearance on a split 12″ for Future Times this week, which continued to demonstrate why they’re the most promising thing to happen to house music for some time. Equally as good was the latest set of Magic Mountain High tracks on Off Minor Recordings. The hardware project of Juju & Jordash and Move D, the rough and ready tracks on the Tiny Breadcrumbs EP are perhaps as good a snapshot of their improvised performances as you could find on record.

The amount of good techno released this week once again far outweighed the amount of time we have to write about it, but it’s fair to say all bases were covered. This week’s techno releases were headed up by the latest entry in the Fabriclive mix series, which saw Hessle Audio’s Pangaea getting his well-deserved moment in the spotlight; given his dubstep-rooted past, it’s no surprise that it’s a set that melds 4/4 stomp with crafty rhythmic swerves. The second release on the promising Lobster Theremin label was tough in a different way, offering the EBM-inspired sounds of Snow Bone’s
Remote Viewer EP, while The Analogue Cops dusted off their Xenogears alias for the Multiverse EP, which saw a rubbery acid techno track being remixed by themselves (as Third Side), Madteo and Vinalog, whose thumping rework provided the highlight. And although Healing Force Project’s hypnotic 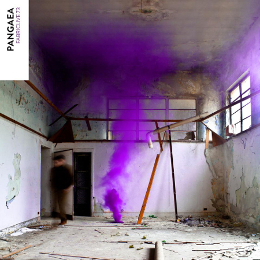 Ecliptic View EP for Eerie Records provided some particularly extra dimensional 4/4 sounds, the wildest slab of techno this week by a mile was the debut of Doug Lee’s An-i alias on Cititrax, which saw him engaging in three examples of searing machine funk highly recommended to fans of Nation, L.I.E.S. and Mathematics.

Four Tet’s Text label released a rare record from an outside artist this week, in the form of an expanded reissue of Crazy Bald Heads’ lost garage classic “First Born”. Those familiar with Four Tet’s excellent Fabriclive mix will be familiar with the 1998 original, which appears here together with the orginal Champagne Breakfast and Lullaby In Dub versions as well as a remix from Hebden himself. Similarly sweet club sounds could be found in the new 12″ from Miles Whittaker and Andy Stott’s Millie & Andrea aliases, who turned in a one-sided example of R&B sampling footwork with the kind of leaden bottom end you’d expect from the pair. This week also saw the return of Cooly G to her regular home Hyperdub with the Hold Me 12″ featuring three lopsided UK house tracks steeped in dub.

In the world of leftfield sounds, the consistently impressive Blackest Ever Black put out How Great A Fame Has Departed? from the strangely named Tomorrow The Rain Will Fall Upward. Described by the label as “two elegies in dub”, these tracks travel into the realms of free jazz and dark ambient with quite startling results. Equally dark was the new EP from Russian duo Love Cult, who followed up their excellent Public Information debut with the Know EP, a more beat-driven clutch of warped tape delayed sounds for Night School, while Helm returned for another of his trademark forays into drone and noise on PAN with The Hollow Organ. Pye Corner Audio also concluded his Black Mill Tapes series with the release of volumes 3 & 4 on Type. Described by the label as darker than previous outings, with classic house music, darkwave and John Carpenter all cited as sonic reference points, it’s one of the most rewarding listens of the week.