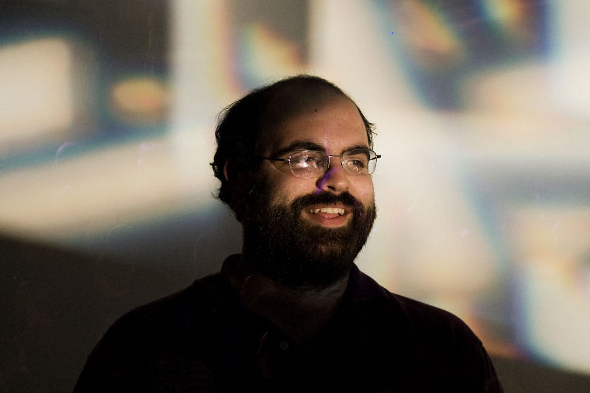 RVNG Intl come up with the goods once more on this mixtape featuring a bounty of unheard Max D remixes, edits and reinterpretations.

Label and artist scored a high point of the year with the gloriously lavish House Of Woo LP and they evidently don’t want that rush-like feeling to wane anytime soon. Woo Daps is essentially an hour-long mixtape, or “unfurling, dizzy whisp” as RVNG refer to it, consisting of all new tracks, high profile collaborations and remixes put together by the Future Times captain himself. Amidst the collaborative remixes with NYC avant-garde trombonist Peter Zummo, Peaking Lights druid Aaron Coyes and Future Times pals Protect-U, there’s the intriguing sight of Mood Hut’s premiere tripper savant Ttam Renat retooling album favourite “Loving The Drift”.

The inclusion of three new untitled productions hint at the future space Dunbar is heading towards, and the typically jolly producer and selector had the following words to say on the mixtape, “House Of Woo feels almost like an island to me now, a planet in the rearview that I was exploring but probably won’t see again, and to dip back into that world was fun.” Available to stream below in full, you can also download it on a “pay what you like” basis via the RVNG bandcamp here.