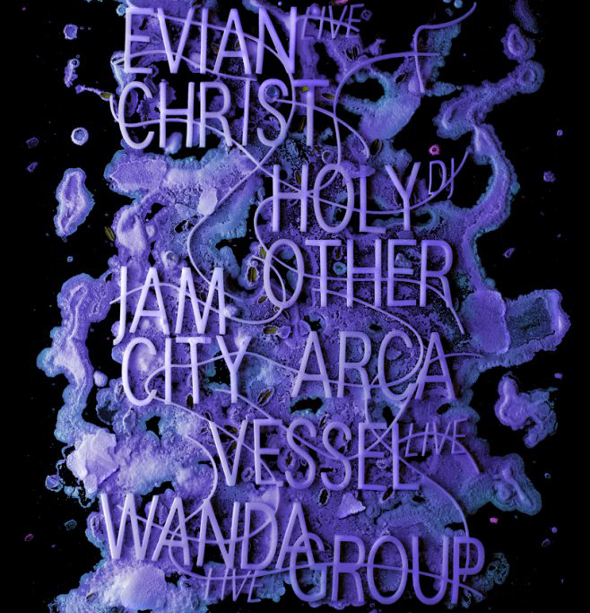 We have a pair of tickets to give away to next week’s Oscillate Wildly soiree at Corsica Studios hosted by Evian Christ.

A typically busy year of parties for Oscillate Wildly that included a New York City debut will end in familiar surroundings, as the roving party descends on South London for one of the more thematically intriguing events they’ve hosted. The Evian Chris✞ ✞rance Party sees the breakout producer and recent Kanye West collaborator Evian Christ oversee a night of engaging electronics that features Tri Angle label mates Vessel and Holy Other alongside Night Slugs enigma Jam City, caps lock enthusiast WANDA GROUP and UNO’s recent London transplant Arca. Having buddied up with The Bunker for their aforementioned NYC debut earlier this year, Oscillate Wildly have returned the favour with the long running club night manning the decks in room 2 – resident Eric Cloutier and regular spinner Fred P are in attendance.

We have a pair of tickets to win – all that is required is the correct answer to the below question. The competition will run until 2pm on Monday November 18 with the winning entrant notified via email shortly afterwards. 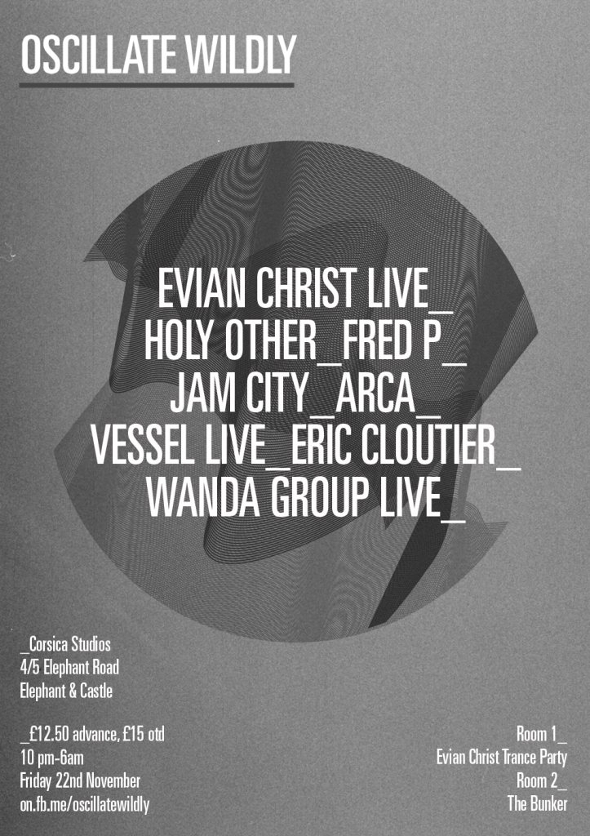