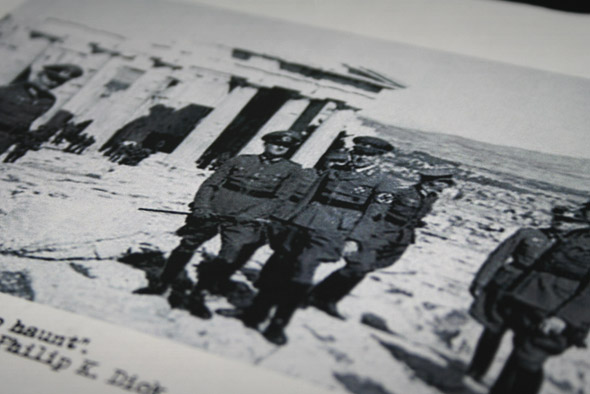 New York is currently in the process of attempting to wrench the reputation of “formidable techno epicentre of the world” out of the hands of a number of European contenders. That sounds dramatic, but the explosive proliferation of labels calling NY home suggest not only that it’s still the gritty epicentre of American experimentalism, but that we’re in wildfire mode now: It’s hard to stop the growth. Even with writers like Scott Wilson profiling the city extensively in his Scratching The Surface column earlier this year, there’s still a plethora of under-the-radar labels breathing life into Brooklyn.

Look no further than the D’Marc Cantu-enlisting Sequencias imprint, or Willie Burns’ tireless hustle with his WT Records label, which churns out rugged acid house on a regular basis even if it means that its label head has to go into crippling debt from time to time. Anthony Naples’ Proibito imprint has issued its second release from the aptly named “Local Artist”, releasing bogglingly good dance tracks with all the elegance of a mouthful of broken glass. New York is like a Ritalin-addled Hydra these days: try to tackle one limb, and five more grow in its place, flailing wildly to a 4/4 beat.

While Berceuse Heroique isn’t a New York imprint, their latest release still channels the city’s renewed vigour for techno by recruiting the Brooklyn-based Italian Christopher Ernst for a release under his L’estasi Dell’oro moniker. Much like the other techno miscreants listed above, Ernst is responsible for a growling label, Voodoo Down Records. Berceuse Heroique’s aesthetic is a bit larger in scope than just one city, however. The label’s fourth release is accompanied by a foreboding Philip K. Dick quote on the front cover, “reality denied comes back to haunt”, and features an image of Nazis idly standing by some ancient architecture during the Axis occupation of Greece, looking silly, stupid, bored. The juxtaposition of the two give off an unsettling vibe – suggesting that while empires rise and fall, humanity’s blindness to the lessons of the past remains constant.

Cynicism, brutality and Ozymandias-scale collapse are the themes that L’estasi Dell’oro’s “Kingdom for a Kiss” tackles in equal measures throughout its twelve and a half minute run-time, a swirling magnum opus of ruthlessness which makes earlier works such as the intricately-structured, deep analogue siren-song of “Cry Stahl” sound like a lullaby in comparison. From the dissonant clang of its opening notes, L’estasi Dell’oro slowly wrenches up the track’s intensity like a machine being pushed beyond its capacity – whistling like a kettle left on the stove while also locking into a tense, gritty low-end rhythm. A constant, blunt percussive force is always in the background, driving the cantankerous, creaking analogue workout forward until it culminates in a monastic moment of peacefulness near the end, vanishing into the ether slowly. It is music to watch empires rise and fall to – a technically astute piece of soaring techno messiness that you don’t hear played at MoMA raves very often.

But christ, if you think it’s a tough track, wait until the flip, where Unit Moebius Anonymous pairs up with Shitcluster to make the kind of limitless, unhinged techno jam that sounds like a thousand bricks tossed in a thousand washing machines at the end of the world. EQ’d so roughly that you’ll be checking if your speakers are blown in a cold sweat, it’s an abrasive piece of aural warfare that makes Ben Klock’s recent productions sound comparatively cheery. Dubbed “ALZHEIMERHOUSE” by Berceuse Heroique’s label-head (perhaps because of its savage hypnotic repetition), you’ll know immediately if it’s the kind of track you can stomach or not – It takes a brave soul to put this record on in a club, and an even braver soul to dance to it. The jagged repetitions that clatter through the first two minutes before a kick-drum begins to lend some growling structure may be too dissonant for some, and considering its length is roughly a quarter of an hour, it’s a large pill to swallow even for even veteran warehouse fanatics. But as it travels through its bomb-scarred permutations, a method slowly emerges in the chaos quite similar to Ernst’s original version.

While New York techno is currently claiming a niche all for itself a genre that defines itself largely through its ability to affect discomfort: sounds bordering on chaotic experimental noise, misfiring machinery and industrial chaos are present in many of the labels that’ve been discussed earlier on in this review. But the real pleasure in L’estasi Dell’oro’s release is that it isn’t satisfied with sounding ‘rough’ or ‘brutal’ – these are tracks that take that ethos even further, a reminder that the Universe will eventually grind us and all our petty little regimes into the dust we came from. Maybe that’s why New York has been so productive lately: They’re realising that there’s not much time left.