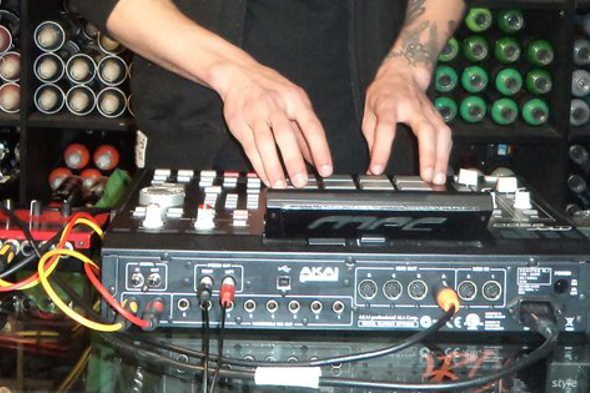 The London-based grime artist will inaugurate his new label with an EP from the little-known Irish producer.

The announcement of a new label from Slackk continues what has been a big year for the producer; as well as well-received EPs for Local Action and Unknown To The Unknown, he’s preparing to put out an album and has been intrinsic in the rise of Boxed. This roving club night done in cahoots with Keysound artist Logos, Oil Gang and Mr. Mitch has become something of a focal point for the resurgence of instrumental grime in London.

Slackk’s prominence looks set to be raised further with the announcement that the Liverpool-born producer has started his own digital-only label going under the name of Sulk Records. Those who have listened to any of Slackk’s monthly mixes or radio appearances will know that the producer is privy to unreleased music from a wealth of under the radar grime producers, and the label’s first release will come from one such figure.

Entitled Looking Forward, the three-track EP comes from Major Grave, a grime producer from Ireland who featured on last year’s Joe Muggs-curated Grime 2.0 compilation on Big Dada. Supposedly all produced with analogue synths, Major Grave’s material is characterised by a string-led, vocal sound that Slackk describes as sounding “a bit like Ruff Sqwad but not quite”. The release can be streamed in its entirety below, with the dramatic, gunshot-heavy “Part Ways” a particularly visceral highlight.