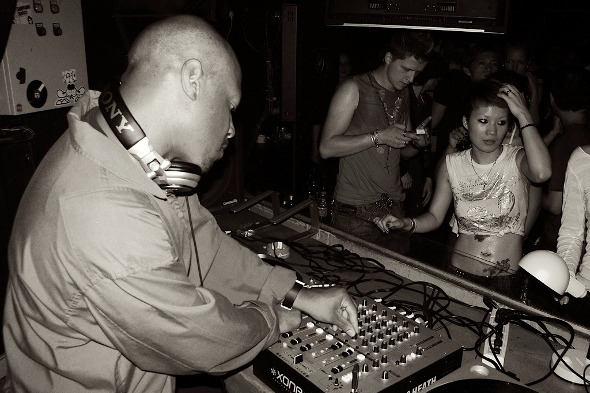 The M-Plant boss will round out another prolific year with some new Floorplan material – get a taste here.

Released back in July, Paradise brandished one of the most distinct record sleeves this year and maintained Hood’s rich vein of creativity; it may have been his debut album under the Floorplan alias, but it also represented his fourth long player in as many years. Some artist might choose to take a creative breather, but not Bob Hood, who will drop two new 12″s via his M-Plant label next month. In addition to a two track record under his given name, Hood is also priming a 12″ of new Floorplan material which you can preview via the below Soundcloud stream.

“Phobia” and “Glory B” seem to respectively represent where Hood has taken the Floorplan sound from its nascent mid ’90s beginnings; the former is sonically redolent of much of Paradise whilst the latter jackhammers along with a sampled preacher for company in a fashion similar to “Funky Souls” albeit in a turbo-charged manner that makes it suitable for today’s floors. Both these tracks are complemented by a particularly booming remix of Paradise album cut “Higher!” from Ben Sims which also features on the producer’s recently announced Fabric mix.