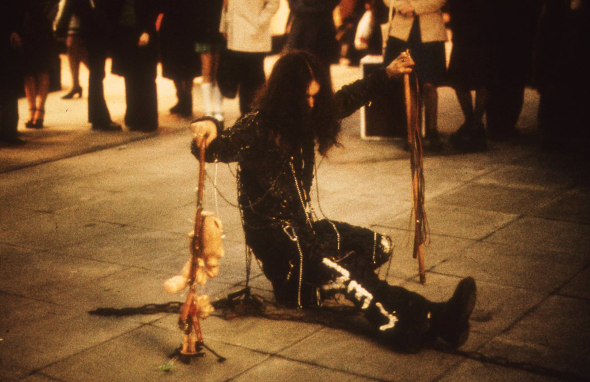 Founded at the end of 1969 by Neal Megson (soon to be known as Genesis P-Orridge) and “Jesus” Joheero, COUM Transmissions were a Dada influenced music and performance art collective that later included Cosey Fanni Tutti, Peter Christopherson and Chris Carter, who together went on to found the pioneering industrial band Throbbing Gristle. Home Aged & The 18 Month Hope is the latest release from Dias, a label operating out of both Los Angeles and New York that prides itself on seeking out lost, rare, and forgotten material, that so far includes music from New York industrial noise outfit Missing Foundation, Deviation Social, Dominick Fernow’s Prurient alias, and a host of other American experimental, industrial and post-punk bands.

A tracklist for Home Aged & The 18 Month Hope is yet to surface, but according to a press release the album features music the group made between 1971 and 1975. The LP is said to contain a live recording of COUM Transmissions opening for English band and early space rock group, Hawkwind, a lost (but now found) radio interview, ‘obtuse’ poetry readings by early member Fizzey Peat, field recordings and piano and violin compositions by Genesis P-Orridge.

Dias will release Home Aged & The 18 Month Hope on October 29. 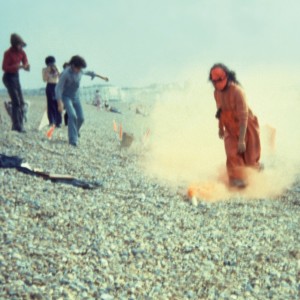