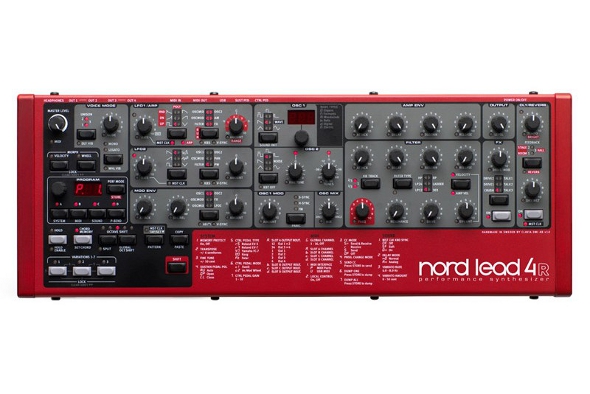 We examine the fourth in Nord’s series of virtual analogue synths, looking at the desktop/rack-mountable version of their Lead 4R to find what has been added to this ever-evolving project.

Although, at its heart, the Nord sound is digital, there is a strange and magical kind of organic aura that surrounds its clear and present sound. If you wish to emulate the sound of New York City circa 1983, mossy forest environs, or indeed any other imagined landscape. it will happily oblige you with ease. It’s partly because of this that Nord have enjoyed such consistent popularity since the first version caused a huge stir back in 1995. In fact it wouldn’t be too far fetched to say that it is one of the last “classic” synths, despite the fact that it doesn’t even have an analogue sound source. One of the rewards that Nord has reaped from investing their time and money into refining a synth engine now nearly 20 years in the making, is that the Nord sound is now a tangible sonic aesthetic. Being the latest in the line of Nord Leads, it’s not even the Nord Lead 3 that this latest incarnation has come out of the blocks after, having been discontinued in 2007. The next closest relative happens to be the Nord Lead 2X but along with 20 voice polyphony, 4 part timbre, with all the classic analogue wave forms (including a noise generator) and a multi-mode filter, the Nord Lead 4 expands on every aspect of its relative.

It should be added that along with this desktop model there is a full sized keyboard version, if you should prefer it. All digressions aside, the new unit has two virtual oscillators that will happily emulate all of the classic analogue shapes; added to this, on oscillator one, is the addition of 128 wave-tables that are designed to add harmonic depth to the virtual analogue palette. The noise generator found in oscillator two now has both filter cutoff and resonance control. One of the big new additions is the new arpeggiator that can be synced to a master clock, LFOs or an external MIDI source with controllable time divisions and with this comes a new pattern player that contains various rhythms and grooves contained in seven categories . The pitch bend range is now +/- four octaves that can be controlled separately for all four parts, but perhaps the biggest and most welcome changes have occurred in the filter section; although the Nord Lead 4 has the same 12db/24db low pass, band pass and high pass filter as its earlier incarnation, Nord have removed the notch filter and added a 48db low pass. 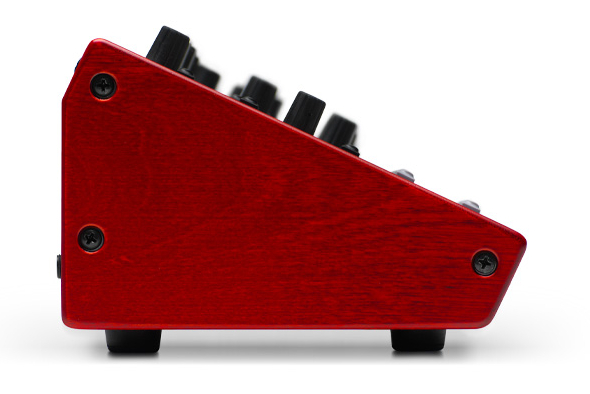 In addition the unit features a Moog-inspired diode ladder filter emulation and transistor ladder filter modeled on that found on the Roland TB303, together with a newly designed controllable drive and bi-polar filter envelope amount for quick reversing of filter envelopes. As with previous models the ADSR envelopes for amp and filter are intact and now there is a handy modulation envelope with plenty of destination routings. The two LFOs are also as flexible as they are wide ranging, with six shapes each including random and classic shapes such as triangle, saw ramp up/down and sine waves, with an equal number of destinations each including filter and FX sections with bi-polar amount control and rate control.

The Nord Lead 4 is billed as a performance synthesizer, and so many might question the reasoning behind making a desktop/rack-mounted version available that doesn’t have a keyboard attached to it. However, when you consider that this, smaller, desktop unit is a lot easier to carry around than its keyboard toting sibling and that the nature of studio based production has changed over the years to include a much more immediate performance based work-flow, then this decision becomes a lot more logical. To aid the whole performance vernacular, there are some very useful innovations, namely the four variation buttons that can have parameters assigned to them for instant morphing capabilities. Of course, the keyboard version offers the obligatory modulation wheel and Nord’s pitch bend stick, and it is possible to assign the function of the modulation wheel in both rack and keyboard versions. Assigning both the wheels and buttons is simple, and if you feel the need to change something on the fly, then you are equally accommodated here.

“One of the rewards that Nord has reaped from investing their time and money into refining a synth engine now nearly 20 years in the making, is that the Nord sound is now a tangible sonic aesthetic.”

With the extensive four-part layering or splitting possibilities with the arpeggiator and pattern function, you can find yourself with some full blown synth accompaniment, using any of the four banks of 99 sounds or your own programmed sounds in combination, including four completely different arpeggiators and or patterns. The only thing missing here is the ability to create your own patterns or a built-in step sequencer.

Sound designers and busy keyboard performers will appreciate the options available on the Nord Lead 4R that brings cutting edge synthesis in a portable unit that allows the user to really express themselves with plenty of customisable options and performance surfaces.  With these new features, including on-board FX and brand new filter types, the Nord Lead 4R is an impressive synthesizer that is worthy of the Nord Lead legend. In fact, the Nord Lead 4R could well be the only hardware synth you will ever need. Its ability to emulate the original tones of analogue synths as well as the fluid organic Nord sounds make it an all-in-one solution for luxuriant synthesis. All of the control surfaces are in line with other Nord equipment and the build quality, as always, is of a high quality. Competition comes from Dave Smith Instruments’ Prophet 12 which is another impressive sound designing tool but at nearly half the price of the DSI instrument, the Nord Lead 4R might just have the edge.