Blackest Ever Black descend upon Elephant & Castle once more 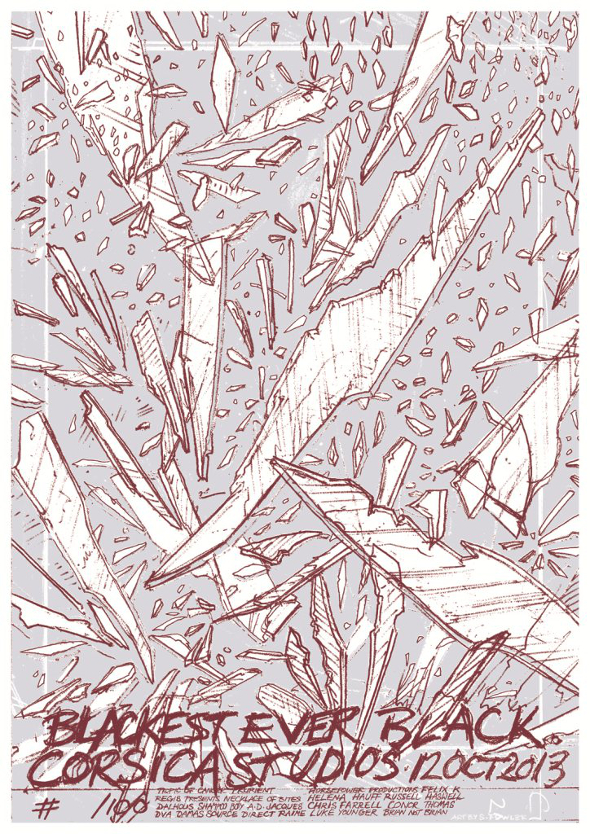 Win a pair of tickets to the BleeD hosted Blackest Ever Black showcase at Corsica Studios later this month plus a special print.

Becoming something of an annual soiree, this year’s Blackest Ever Black showcase is headlined by Camella Lobo’s Tropic Of Cancer, currently engaged on a European tour in celebration of her excellent debut album Restless Idylls. She is joined by a roll call of Blackest Ever Black friends and contemporaries that makes for hugely impressive reading. TOC tour support DVA DAMAS make their full UK debut after an appearance at BEB’s Boiler Room last week, and there are further live performances from Prurient, Shampoo Boy and Necklace of Bites, the live/DJ project from Downwards boss Karl O’Connor.

The event organisers have kindly offered up a pair of tickets to the event along with a limited edition A2 screen print (as pictured above) illustrated by Simon Fowler to commemorate the showcase. The competition runs until 2pm on Tuesday October 8 with the winning entrant notified via email later that day.

[jp_comp question=”Who was responsible for the first release on Blackest Ever Black?”]