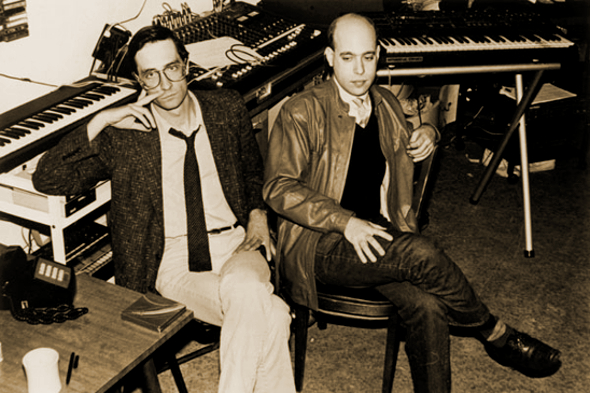 Famed David Byrne and Laurie Anderson collaborator is the subject of the tenth edition of RVNG Intl’s ongoing series.

The FRKWYS series was inaugurated by RVNG Intl back in 2009 and remains one of the more intriguing conceptual series out there. Named in tongue-in-cheek honour of the Folkways label, each edition of the infrequent FRKWYS brings musical pioneers from generations past together with contemporary musicians, with interesting and sometimes challenging results. Highlights of the series thus far include Psychic Ills meeting Juan Atkins on FRKWYS Vol. 4, Sun Araw and M. Geddes Gengras teaming up with The Congos and the seventh FRKWYS which saw Laurel Halo, James Ferraro and Daniel Lopatin collaborate with revered US synth composer David Borden.

With the identity of FRKWYS Vol.1 still very much under wraps, RVNG Intl’s year of excellent album releases will be complemented by the forthcoming tenth edition, which lays the focus on David Van Tieghem. The DC-born multi-instrumentalist has the sort of music credentials that stop people in their tracks; a drummer for Peter Gordon’s Love Of Life Orchestra, Van Tieghem (pictured above with Gordon) also worked with Laurie Anderson and Steve Reich. He’s also got percussion credits on My Life In The Bush Of Ghosts, the ground breaking album from David Byrne and Brian Eno.

In the early ’80s Van Tieghem conceived and performed in the video Ear To The Ground, where he essentially treated downtown New York as a mass of potential percussion (it’s a cool video – you should watch it). As a result of this, he was invited to perform at Bulletin Boards, an ongoing group exhibition at the Venus Over Manhattan gallery whereupon items such as broken toasters, firecrackers, 2x4s, thunder drums and customized electronics were posted to a series of boards and used for rhythmic purposes in an improvised performance by Van Tieghem.

A cross section of present day New York artists such as Sam Hillmer, Future Shuttle, Georgia, Roberto Carlos Lange, Darren Ho, Eli Keszler, Hiro Kone and Megafortress, as well as Blanche Blanche Blanche and Maxmillion Dunbar were amongst those that provided these items, and it’s here where RVNG saw the potential for another edition of the FRKWYS series. Van Tieghem was invited back to the gallery to play the bulletin boards without an audience, with his performance recorded in high definition and then sent to the above ten artists for further translation, “remix” and interpretation. Their results were subsequently passed back to Van Tieghem who edited them together as two long form productions that will appear on the tenth volume of FRKWYS along with a remix from Maxmillion Dunbar.

If this all feels like a lot to mentally process, that’s only natural with a RVNG Intl release, and thankfully the label have issued a short documentary filmed by Jordan Kinley which can be viewed below that explains the project much more concisely than in 500 words. 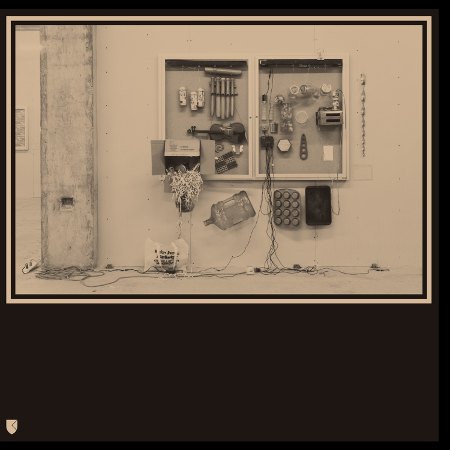